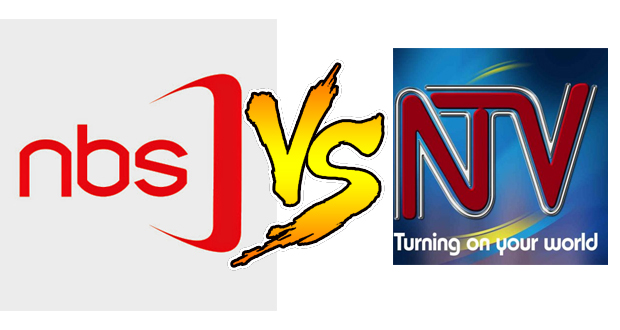 “We have been raided by another local television station, which has massively recruited our staff. Last month we accepted resignation of five staff members after they formally served their notice. NTV is not a prison. So we wish our former employees all the best in their future endeavors” this has always been the remarks made by NTV after the departure and resignation of many of their employees like reporters, news anchors, entertainment presenters, production managers and others when joining their biggest competitor Kamwokya based NBS Television. These employees include Anita Fabiola, Douglas Lwanga, MC Kats, Rukh-shana Namuyimba, Solomon Sserwanja, Dean Saava, Raymond Mujuni, Moses Walugembe, Sheila Mugisha,Maurice Ochol, Uwitware, Rosie Motene NTV’s former Productions managers among many other low profile employees.

This exodus of employees from NTV to NBS Television started way back in September 2015 when over 12 former employees at NTV handed over their resignation letters and left for greener pastures. Among these included Maurice Ochol, political reporter Solomon Sserwanja, news anchor Rukh-shana Namuyimba,Charles Ssendagire, Godfrey Badyebe and Sheila Mugisha.

These were later followed by Anita Fabiola of the popular Be my date show and replaced by Bettinah Tiana after her nude pictures leaked. She is now at NBS TV doing Katch Up show with another Former NTV fellow Douglas Lwanga. Later on, The talented MC Kats also left and started doing NBS After 5 show with Dj Roja, Raymond Mujuni Qatahar and in June 2017 another talented reporter Uwitware left. And the latest shocking and abrupt move just happened this year when veteran NTV the BEAT Presenter Douglas Lwanga. He is also at NBS doing NBS AFTER 5 show with his friend MC Kats and Katch Up with Fabiola.

First things first, with no doubt Douglas Lwanga’s NTV the Beat was rated as the biggest watched Entertainment TV show in Matooke Land where any artist would kill or anything with an aim of premiering his latest song. This show was the first show to play any hit song from any artist and always the first to break the latest Ugandan celebrity news. He built his own brand and therefore NTV had become too comfortable for him, he needed to move on. His move to NBS was good for his wallet and average for his career, he proved to be too good for any local station.

He can and will pull it off with MC Kats both being well conversant with the industry.  He has tried to perform in this short period he has been on the screens. His effort deserves to be on a big and better TV station. Wish you well Douglas.

Her move to NBS was a blessing in disguise to the Kamwokya based station since it increased on the competition among news anchors. This improved the works of people like Mildred Tuhaise and other news anchors at the station. Her decision was quite good and she really deserves a hand clap.

Besides being one of the celebrated senior reporters back then at NTV, his presence is not felt at NBS TV. Recently he was cited in fraud scandals which further tarnished his name. Dean needs to pull up his socks for further performances.

His work speaks for itself. He is a great performer. His investigative reports are always on point and detailed. His move was a blessing to NBS.

Unless Fabiola stages an amazing show at Katch Up she will be shown the exit in the near future. TV presenting is no longer about curves and body shape but about the brains. Since NBS is good at poaching, beautiful with brains will come in to take over. Don’t you think Sheila Gashumba can as well be accessed to join Douglas Lwanga? You’re right. She can as well join NBS. She still has time to prove to her viewers and her bosses. She has a chance to use Lwanga’s expertise to shine.

Other presenters who have performed well at NBS includes reporter Uwitware, Raymond Mujuni, Moses Walugembe and others.

But NTV should keep the good spirit and raise for others to take, that spirit will take them nowhere but remain mediocre in the Television business. 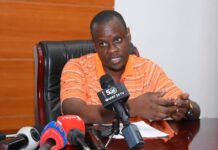 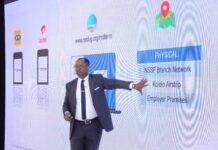