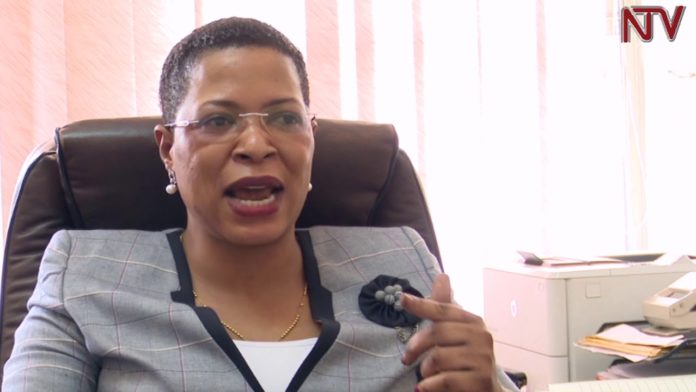 Former vice chairperson of the parliamentary Committee on Commissions, Statutory Authority and State Enterprises (COSASE), Anita Among who also serves as the woman MP for Bukedea District, has refused to leave office to pave way for Ibrahim Kasozi, the Makindye West Legislator who was designated Vice Chairperson COSASE in February.

Munyagwa the new COSASE Chairperson has tried his best to let Among handover office to his successor but all in vain.

This has however, forced the opposition Chief Whip to address Among commanding her to vacate office and make way for Kasozi and the team to do their official duties.

In the swift turn of events, one of the COSASE member, Allan Ssewanyana, the Makindye East Legislator said that Among’s refusal to vacate office has spoiled parliamentary activities at COSASE.

Ssewanyana adds that they are just congested in Munyagwa’s office which sounds unpleasant.

The opposition Chief Whip, Ssemujju Nganda, when contacted on the issue, his response was that he did not know that Among was still sitting in the Vice chairperson’s office.

He however, requested Parliamentary authorities to use the rules regulating parliament to force her out of office.

“I am going to forward the matter to the office of the clerk to intervene, to make work easy for a new leadership to execute their duties because her tenure as vice chairperson expired,” Nganda observed.

And when Among was contacted seeking reasons why she still holds the office, her argument was that the office belongs to her even before she turned to be COSASE Vice Chairperson. So she concluded by saying that she’s not leaving the office.

“You mean I came to parliament to sit in the corridors of parliament, I have an office in Bukedea, but you can contact the office of Sergeant at arms.”