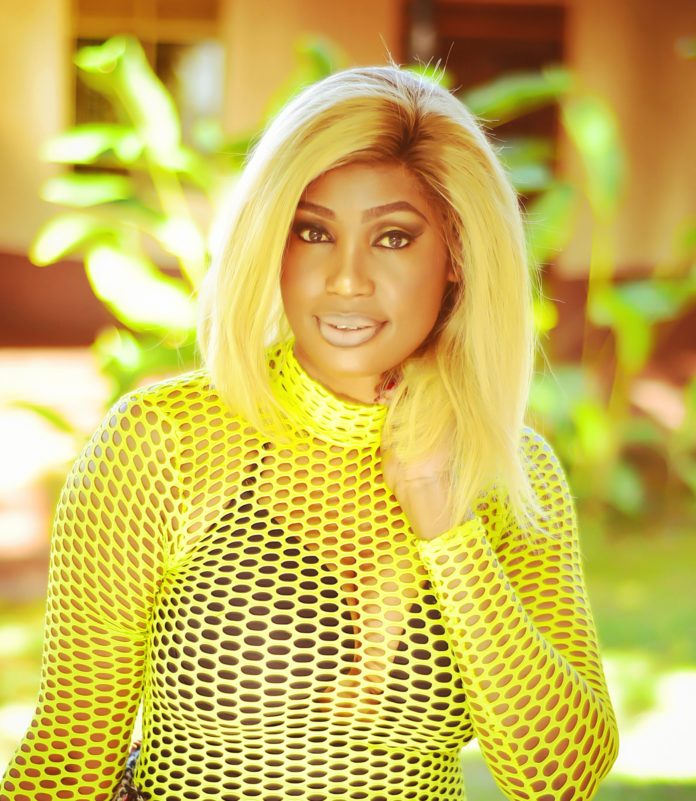 A Ugandan Singer Alice Violet Mutumba (AVM), based in UK is back on the African market after she released her new single titled “Nteledde”.

Nteledde means “I am settled” in Luganda, in this love song AVM asks her man “Where were you?” and continues to sing, “Now I’ve found you am settled”.

Nteledde is a follow up single to “Nkoye” the melodic duet with Uganda’s legendary late Mowzey Radio of Goodlyfes Radio and Weasel has helped establish AVM as the Ugandan Diva to look out for in coming years.

Nteledde has become a super hit in Uganda with the audience loving the African inspired visuals in the video which was shot in the streets of Kampala’s Industrial area.

AVM started her music career at the age of 6, she began as a child TV Star in her beloved country Uganda.

And when she turned 8 years old, she relocated to London, England taking with her a passion for music and the performing arts.

When she turned 16 years old, AVM began pursuing music seriously after being encouraged by her Performing Arts A-Level Teacher, she later enrolled in a music technology course and started co-writing and producing Pop Songs with a German Freelance Producer.

In 2014, AVM reunited with her music career & released her first Solo Single Kwata Ko in Uganda, since the release of the Single and Video her career has progressed steadily.

AVM has so far collaborated with famous Uganda artists that includes Cesearous, Rabadaba & the Lengendary late Mowzey Radio, this has established her as Uganda’s next big talent, the one to watch out for the coming years.

Some of AVM’s and Support act for: