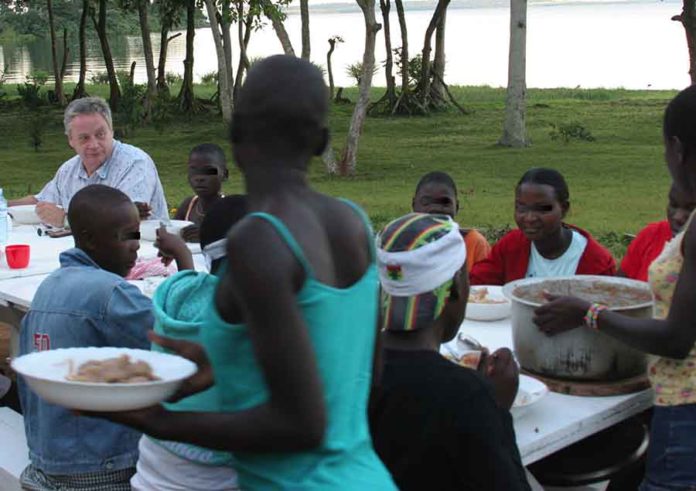 Following the charges, the 65-year-old Bernhard was later remanded to Masaka prison.

Vincent Ssekatte, CID spokesperson, says Bernhard established this charity home in the year 2006, and has since been living with these children.

“We first received complaints about Bernhard in 2013, on allegations of sexual abuse against the girls under his care in his home. The matter was investigated and police rescued over 40 children. He was charged with aggravated child trafficking and rape then.”

But due to lack of proper evidence Bernhard was freed.

Ssekatte proceed to say that the victims involved at count failed to testify against Bernhard in fear of losing the privileges and support rendered to them by Bernhard.

“The DPP had retrieved the file that was closed in 2013 because there were no witnesses then. Fortunately, the same witnesses have now testified.”