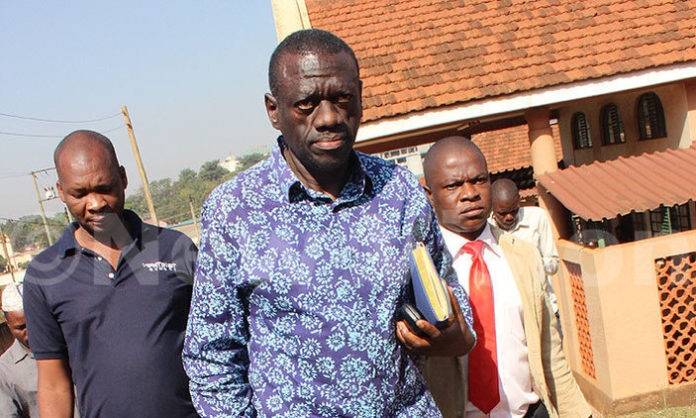 However, Magistrate Sanyu Mukasa adjourned the hearing to July 19th 2019.

Speaking to journalists after the adjournment of the court hearing, Besigye stated that the charges on him are directed towards persecuting and stressing opposition, so that their finances face difficulty.

“This is just politics, they’re persecuting and inconveniencing us to affect our finances with all these movements. We have several similar cases that we continue to face in different parts of the country. They’re all trumped up.”

Besigye however, urged opposition players to stand strong, turn the cases charged against them to inform the world how violent government is.

“We have never caused any violence and it’s the regime that is violent. We shall continue to expose them as we be in court. Police witnesses are also being brought and exposing lies in court and it’s our pleasure to expose them to the world that there is absolutely nothing.”

Additionally, Besigye said court process have turned out to be indefinite and as a result they may decide not to go to court again.