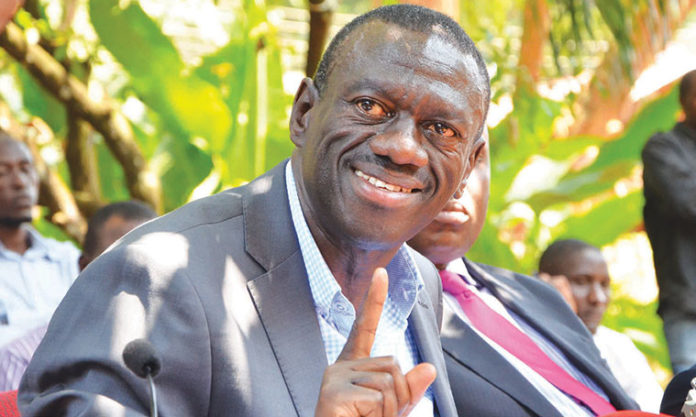 Dr Besigye says; it’s not yet the right time for opposition to start pointing fingers and accusing each other.

According to Besigye the person who should appear an enemy to opposition is president Yoweri Kaguta Museveni and his colonial tactics that’s aimed at failing opposition parties.

Power of change lies in the hands of Ugandans, says Besigye while speaking at a congregation in Bushenyi. He argues that the power to reverse the current political situation in Uganda belongs to Ugandans.

He however, argued opposition groups to continue creating public awareness that render his colonial tactics powerless and eventually his down fall.

“It’s only the people of Uganda who have the capacity to effect the much needed change. The struggle has just begun, to threaten people with guns but we are not giving up the struggle. We are moving all over the country to empower Ugandans to stand against the oppressors.”

Besigye adds he’s not ready to let go the struggle not until president Museveni’s government is down. He says they are continuing with their campaign of empowering people until they achieve their dream.

“Once the people are empowered, they will not fear Mr Museveni’s colonial tactics and he will eventually leave power to Ugandans.”