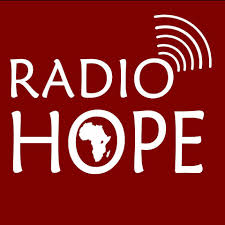 This FDC group spent their day unveiling the revival of the FDC mobilisation campaign from the ground level in Rubanda District.

While on the Radio talk show, Besigye and the group were meant to talk for two hours but the show was cut short and went for only 30 minutes.

According to Mr Allan Twongyeirwe, the show moderator, the Kabale Resident District Commissioner (RDC), Mr Nandiinda gave him a call before the show begun, stopping him from hosting these FDC leaders.

Twongyeirwe says; Nandiinda commanded Uganda People’s Defence Forces (UPDF) soldiers at 19th Battalion at Kihumuro hill, in Kabale District to turn off the Radio station if at all it proceeds with the programme.

19th Battalion at Kihumiro hill is the area hostage to all masts and Radio transmitters.

At the time Hope Radio was turned off FDC Deputy Secretary General in charge of policy and Research, Dr Joseph Tindyebwa says Dr Besigye was detailing circumstances that led to the Home Affairs Minister for Hong Kong, Patrick Ho Chi- Ping’s three-year imprisonment in USA, a sentence made last week.

Besigye said the moderator briefed him, before the programme that it might get interrupted in the process.

Blocking Besigye’s talk shows started way back in May 2007, when he was stopped from conducting his talk shows at Kitti FM in Kitgum. As soon as Besigye started his communication 30 minutes past, the station generator was turned off, and it was said the RDC commanded the move.

July 2015, Baba FM was turned off after a live talk show featuring Besigye, under instructions of Moses Balyeku, the Jinja Municipality West MP, the owner of the station.

And in 2017, Besigye was blocked from accessing voice of Kigezi air waves where he was to hold a live talk show under orders of Mr Nandiinda the area RDC, according to the station management.

Relatedly, Besigye was again blocked from holding his meeting in Mbarara as Teargas, water cannons and live bullets flooded Mbarara when Dr Kizza Besigye made his way through Mbarara town to where he was to address his supporters earlier on Friday 5 of April 2019.

Besigye was from a meeting in Kakoba Division where he addressed regional leaders, together with Patrick Oboi, Ingrid Turinawe, and Mubarak Munyagwa. They made entry into Mbarara town followed by a huge crowd.

Nearing their destination police intercepted the movement, turned around their vehicle but they resisted and there after the angry crowd began fighting police and in return the police sprinkled water, teargas and live bullets into the air to disperse the crowd.

Patrick Amuriat, the FDC president, tried his best to calm down the angry crowd but all in vain.

Besigye later escaped from police crackdown and ran away.