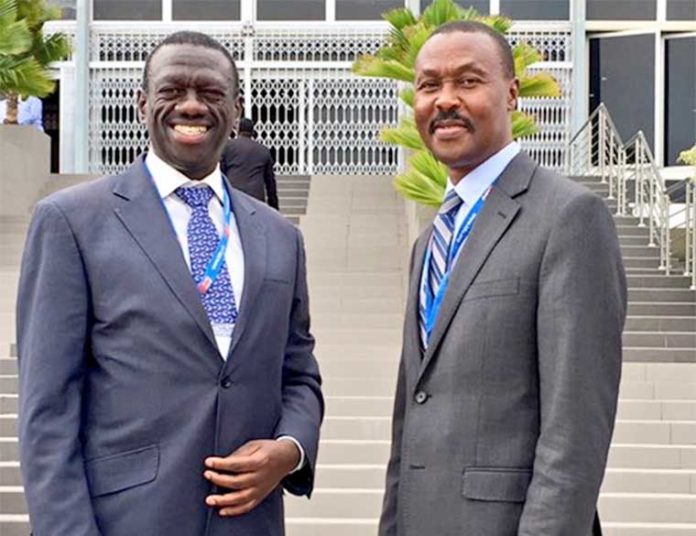 Dr Kizza Besigye, former Forum for Democratic Change President, the four-time presidential candidate and the leader of People’s Government has welcomed his former colleague and former FDC President, Gen Mugisha Muntu into the field of struggle.

In his remarks Besigye says he is ready to work and coordinate with Mugisha Muntu in their mission of liberating Uganda.

Besigye congratulated his former colleague upon successful registration of his political party, the Alliance for National Transformation (ANT) and also wished him a successful launch.

“This is also to convey to you our best wishes for a successful launch of the party into the arena of struggle that you, no doubt, are familiar with. As comrades in the struggle, we shall always be available to collaborate in the pursuit of that transition,” Besigye’s letter stated.

Besigye says Mugisha Muntu has launched a party in the period when human rights are greatly being infringed in the country which they all have to fight for.

He however, urged all political parties in Uganda to rise up and cause a democratic transition of Uganda’s leadership.

Muntu officially launched his new political party on Wednesday 22 of May 2019, the Alliance for National Transformation (ANT) at Serena Conference Centre in Kampala.

In September 2018, Muntu vacated FDC party, arguing that he can no longer make up with the party’s ideologies. A party he was part, when it was forming in 2004.