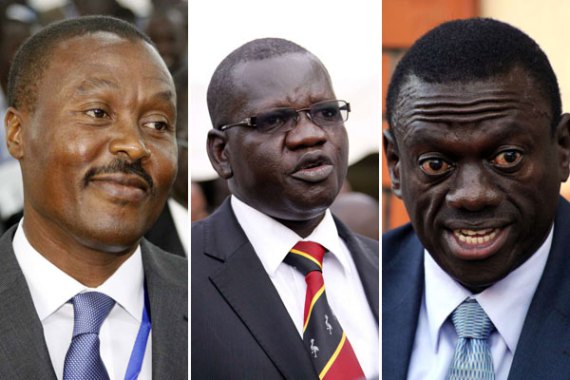 General Mugisha Muntu, leader of the Alliance for National Transformation (ANT) party, vowed not to work with FDC until their differences are corrected.

This arrived when only few days are left to the date of the ANT’s arranged meetings that includes launching of the party scheduled to take place at Serena Conference Centre.

However, Muntu and Forum for Democratic Change (FDC) party, his former party relationship is porous though opposition parties have tried to form a coalition.

Muntu says their relationship with FDC still exists but for now they cannot work together.

“We unite with all opposition parties and the FDC so far. Because when we were working towards forming the new party, we kept on briefing all the leaders on the opposition. Same thing with the FDC, we are comfortable with the FDC, we see them as alias, we don’t see them as enemies but we cannot impose ourselves on them,” Muntu said.

In response to the question directed to him on whether some FDC legislators who were recently fired from FDC party will cross to his new party? His answer was that it was early to file speculation on the matter.

“All members of parliament especially the ones who are in FDC, they are all held in their parties until one year towards elections. That’s when members can make their own tresses as to where they want to go.”

Relatedly, Muntu answered politicians who had filed accusations against him of working for the regime after police greenlighted his upcoming gatherings.

“The Bible says that they will be known by their fruits, all Ugandans needs to be patient and with the passage of time, we will get to see the fruits of each group. More so, the activities we engage in are low profile, they don’t cause a threat to the regime. May be when they see us meeting in 20, 30, 100 people it doesn’t scare them.”

Youth who make up Muntu’s Alliance for National Transformation party have started conducting activities aimed at building the party from grass root level, which Mugisha Muntu has always agitated for.

And now the world is watching to see him practice what he always said after the party is launched. Because on several occasion he was seen blaming other party heads, of not giving their parties firm foundation right from the grass root level.