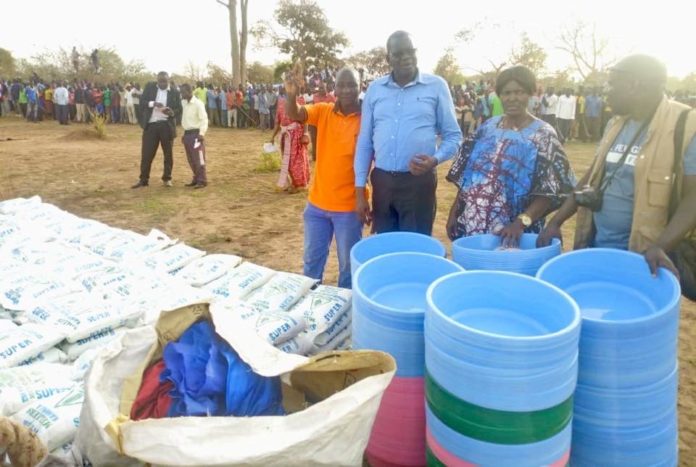 Government has been accused confiscating two relief vehicles that were taking relief items to Kamuli and Buyende districts that were affected by the recent storms that struck the area, by the Forum for Democratic Change (FDC) leaders.

FDC president, Patrick Amuriat said that the two trucks carrying relief items to the victims of stormy rains did not cross Mukono district.

Ever since the disaster struck the two districts, leaders and locals petitioned government to help them with some relief aid.

But this cry out was heard by several organisations, FDC party inclusive.

Therefore, FDC president, Patrick Amuriat along with other leaders went to Buyende district and offered relief items to the victims.

But according to FDC two of their truck carrying relief items when they reached Mukono they were impounded.

However, they succeeded in delivering some items like clothes, food, and many others.

19 people died and several others sustained several injuries in the stormy rains that struck Kamuli and Buyende district.