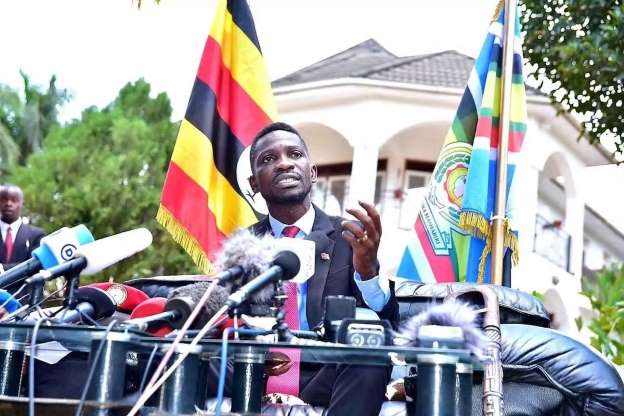 Robert Kyagulanyi, stage name Bobi Wine, the Kyadondo East Member of Parliament has announced the start of his demonstrations on Tuesday 23 April 2019, protesting against police’s continued disruption of his music shows.

The swift turn of event followed Bobi Wine’s arrest as he tried to force his way to his One Love Beach in Busaabala where he had arranged an extra concert that police stopped.

Following Bobi Wine’s blockage from accessing his One Love Beach Busaabala where he was scheduled to hold his music show, police decided to drive him back to him home in Magere.

After arriving home, Bobi Wine addressed members of the press who followed him to his house.

“So we have now decided to resort to another lawful avenue, and that’s to protest against these injustices. We are evoking Article 29 of the Constitution which guarantees every citizen the right to assemble and demonstrate. We are going to do this peacefully and unarmed, tomorrow.”

Bobi Wine in his message argued fellow politicians to join him in the struggle of trying to eliminate the current political injustices mostly on opposition players.

“I want to encourage other people that have been victims of this injustice, brutality and all these evils mainly led by the Uganda police to be many and don’t fear,” said Bobi Wine.