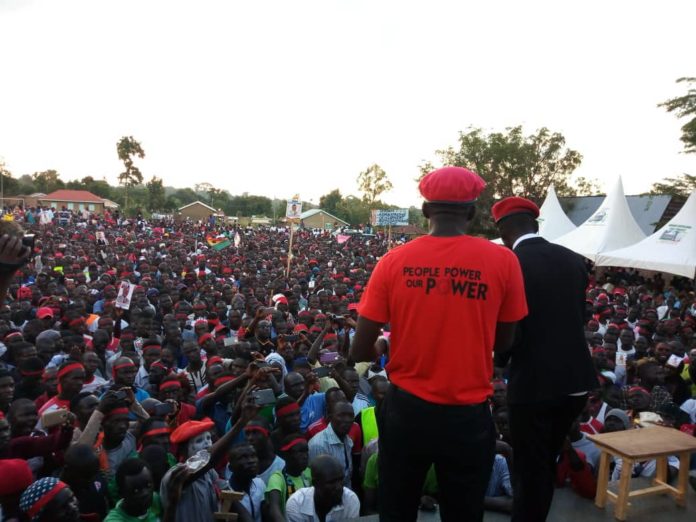 And his fans most of them were dressed in red colour clothes, belts and ribbons tied on their head as they welcomed their leader amidst tight security deployment involving thorough body checks at the entrance including VIPs as a sign of their love and devotion towards the movement.

Although security was tight, Bobi Wine arrived at the event successful without any interruption from police.

Bobi Wine arrived in the country on Saturday 23 of March 2019, from Dubai where he has been conducting his musical concerts, and later proceeded to Arua to attend the thanks giving service.

At Arua hill grounds, the events site, focus canons, pepper and anti-riots water were all in place for purposes of security according to police.

Wadri was then arrested alongside other MPs and opposition supporters accusing them of stoning one of the presidential convoy car, and after charged with treason case.

In a bid to maximise security and peace in the area during the celebrations, security groups camped at Arua police grounds under tents. Including forming a command centre near the West Nile police headquarters.

The swift turn of event followed dismissed petitioned file at High Court, by his rival Nusura Tiperu, seeking cancellation of Kasiano’s victory with costs one week back.