Bobi Wine has rejected the newly revised election road map which was launched on Tuesday by the election commission.

The Kyadondo East Member of Parliament Hon. Robert Kyagulanyi alias Bobi Wine has rejected the newly revised 2021 election road map which was launched on Tuesday by the election commission.

Bobi Wine has described the new road map as ridiculous and ineffective.

On Tuesday the Electoral Commission announced that in the forthcoming elections of 2021 mass rallies will not be allowed in the order to avoid the spread of COVID-19 and campaigns will be held on radios and televisions.

Later in the day after the revised road map was launched, Bobi Wine released a statement saying that the idea of scientific elections is not fair for both the general population and the candidates.

“most ridiculously, the Commission has released a revised roadmap for 2021 General Election; which road map violates every aspect of a free and fair election, envisaged under Article1 (4) of the Constitution of Uganda,” Bobi Wine noted.

Bobi wine continued to raise a concern by saying that the current Electoral Commission works for President Museveni and his regime.

“If anyone still had any doubt that Uganda’s Electoral Commission works for and on behalf of President Museveni and his regime of blood and shame, today the Commission exposed itself for the whole world to see,” Kyagulanyi added.

He added that he cannot welcome the idea of a scientific election and he cannot accept something that violates the constitution of Uganda.

“We, therefore, reject the concept of a scientific election with the contempt it deserves. What the Electoral Commission just declared is not an election. It is a mockery. Sections 20 of the Parliamentary Elections Act, 2005 as well as Section 21 of the Presidential Elections Act, 2005 both envisage holding public campaign meetings across the country,” Bobi wine said.

He also added that only 28% of Uganda’s population has access to electricity, noting that with the scientific campaigns more than 70% of the voters will not be able to follow the process.

“We are mindful that the coronavirus pandemic is real and dangerous. However, dictatorial regimes such as Museveni’s decadent regime must not use the virus as an excuse to trample on whatever is left of democratic rights,” Kyagulanyi said. 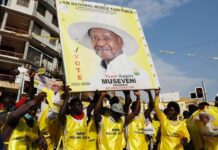 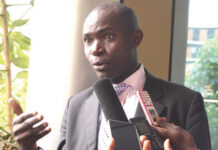