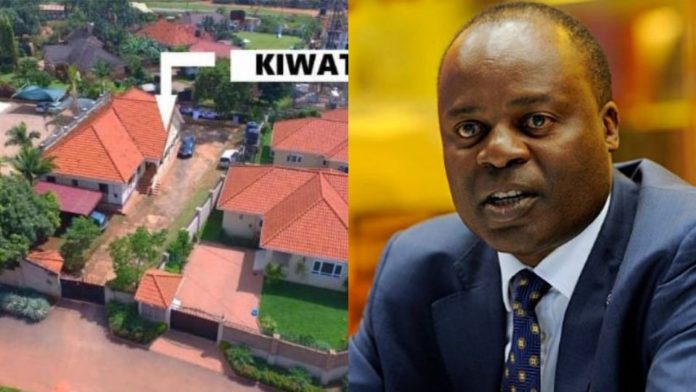 In the letter written by Kasekende states that;

The said Moses Musitwa is not and has never been my driver as alleged. He happens to be a person who once bought 1.4 acres of land upcountry from me, a search of which points at his having subdivided the said land into 12 plots, Kasekende said in his letter written to the committee.

Accordingly, Mr. Kasekende said that the 12 land tittles owned by Mr. Mosses Musitwa were double entered to make up a total of 25. He claims some of the land tittles in question were listed twice.

“Two alleged land tittles with one land tittle listed twice was once owned by his wife but was sold 13 years ago,” Kasekende stated.

Another one land tittle owned by George Kasekende was double listed to make up two while two more titles belongs to his father’s estate, the late Benedict Kasekendewhich is now jointly owned by the family. (Family ancestral home)

Kasekende added that nine land tittles are owned by Herman Kasekende his brother but one changed ownership.

Explaining further on land tittles in question, he said “In respect of the land tittles I own, I should state that there is an ongoing verification exercise being conducted by the office of the IGG in relation to assets declaration by all senior staff of BOU, of which I am part,” Kasekende stated.

He said he formed that special committee to record the authenticity of those document presented and also to find out whether there are forged or genuine.

“I cannot form an opinion on the contents of Otto’s documents and Kasekende’s letter until the committee’s report comes out,” Katuntu observed.

Meanwhile, Odongo Otto was questioned whether he still stands by his documents presented. In his answer he said that; a physical inspection of these properties should be carried out by the committee beginning with the Lubowa land his neighbourhood.

But Kasekende said that all the documents tabled by MP Otto were forged and should be deleted from the files of the investigationcommittee COSASE.