Cafe Javas states that a viral video showing a customer receiving a milkshake containing a dead rat is baseless and only intended to blackmail the business.

In the latest statement, Cafe Javas has said viral video of one customer who was served a milkshake containing a dead rat is baseless and only aimed at blackmailing the company.

Earlier this week, one video has since made rounds on different social media platforms of one female customer claiming that she was sold to a milkshake that contained a dead rat at one Cafe Javas branch in Kampala.

In the video, this girl was overheard raising complaints of how a top-notch restaurant of Javas’ standard and class would not mind and make thorough investigations to establish what they serve their customers.

“This a rat I found in my milkshake from Café Javas, yeah the people we feel so proud of…and they tell me to have this worked upon, I need to get a lawyer,” the customer noted.

However, in the light of criticism, Javas has come out to rubbish the claims saying that the actors in the video are just trying to blackmail and tarnish their brand.

In a statement dated Friday 27, the restaurant revealed that the said milkshakes that were sold to their customers were not only fresh but also ticked all boxes to prove that they met the standard requirements of food safety and hygiene.

Cafe Javas who were quick to release CCTV footage of how they prepare and serve the milk to their daily customers said the claims are only blackmail and aimed to tarnish their brand.

Notably, the company said for this very viral video, the footage has since shown that there was no error on their side either in preparation, presentation or serving of the milkshakes.

“A quick investigation including a review of our CCTV footage of the preparation and service of the milkshake confirmed that there was no adulteration of the milkshake. The customer was duly informed of the findings to which by threatening to circulate a video of her version of events if she was not paid a certain sum of money” reads in part Javas’ statement.

“..in this particular incident, there was no error on our part, either in preparation, presentation or serving of the milkshakes. It is therefore unacceptable for one to tarnish our otherwise good image and undermine the hard work and dedication of our staff,” it added. 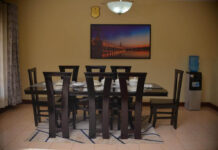 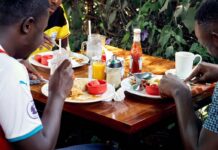