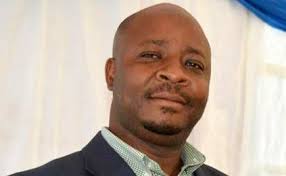 Uganda Police spokesperson Emilian Kayima has officially revealed how lawyer and city tycoon Wilber Muhereza was shot by a private security guard over yet to be identified reasons.

According to Afande Kayima, Muhereza was badly injured by a bullet shot at him when a security guard was allegedly handling his weapon which discharged a bullet. The security guard who is still under police custody revealed to police officers that it was not his intention to shoot Muhereza but a mistake he made with no clue of the outcomes.

The incident occurred at Access Building at Kabakanjagala road, Rubaga Division, Kampala when the lawyer tried to enter his office where he works from in the same area.

The victim was rushed to hospital and the guard (names withheld) was immediately arrested, and he still under police custody as investigations are being carried out.

However, reports indicate that Muhereza was shot by two stray bullets; one on the arm and in the waist by a private security guard who had been deployed to secure this building.