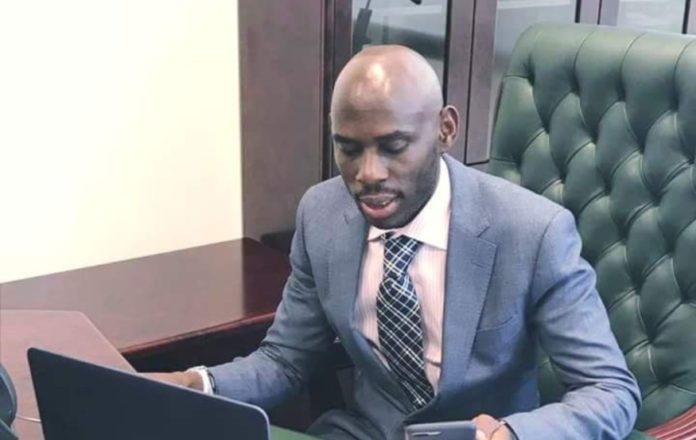 SK Mbuga was flown to Denmark after UAE authorities signed him over to Denmark police based in Dubai.

And after UAE completed their issues with Mbuga, Danish government asked UAE to hand him over to them. According to sources in Dubai.

“The moment Mbuga paid the businessmen in Dubai, he was turned to the Danish government.

It’s said the 36 years old SK Mbuga paid Shs1.6b to a Dubai and Oman businessmen to whom he was indebted.

And now it’s still unclear if also Denmark will hand Mbuga to Swedish government. Because Sweden had earlier requested UAE authorities to hand him over to them, after he was involved in a 53m Kronor (Shs23b) scandal.

That his wife, a Swedish national allegedly defrauded from a company account she and her former boyfriend Mr Sten Heinsoo ran.

Mbuga was jailed in Al Awiir Central Prison in Dubai where he served one year and seven days’ imprisonment.

But before Mbuga was arrested he tried to escape out of Dubai and fly back to Uganda, after noticing that he was a wanted man by Interpol but later he was arrested.

Mbuga’s wife who was living with him in Dubai forged her way back, and she is now living in Uganda.

Ms Angella Vivienne Chebet aged 35, earlier in February 2017, was arrested and charged in a Swedish court, but later bailed and returned to Uganda.

On February 1, 2018, Mbuga was arrested for allegedly conning a businessman in a gold deal in Dubai. In prison Ali Ahmad Ahmad Bur Oman, a businessman from Oman also accused Mbuga of issuing him a cheque worth $250,000 that bounced.

Mbuga will be freed because of his health condition. He is said to be battling with illness.