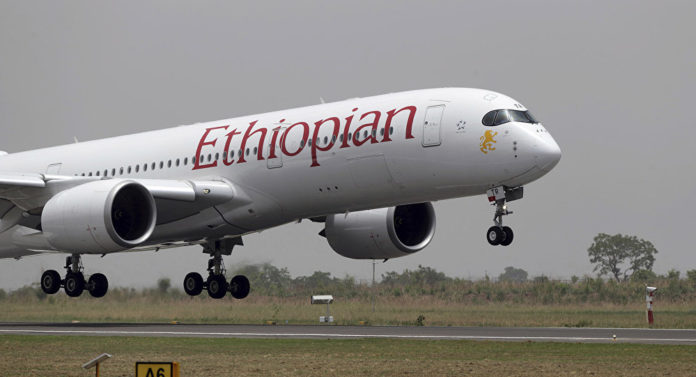 Kenya had 32 victims, including the former secretary general of the football Kenya Federation, Hussein Swaleh confirmed by the Sofapaka football club.

Swaleh was due to return home on the flight after serving as the game Commissioner in the African Champions league match on Friday in Egypt.

Georgetown University in Washington, DC confirmed Cedric Asiavugwa’s death after the plane crash. The University said in a statement issued, that he was a law student in his third year and was coming to Kenya because his Fiancée had lost a mother.

Asiavugwa was born and raised in Mombasa Kenya, before he migrated to Georgetown USA for his studies. It’s said he served in refugee settlements in Kenya, Uganda, Tanzania, Zimbabwe, Georgetown inclusive.

He was a student of economic law and International business.

Still in the University’s statement they said Asiavugwa’s family and friends remembers him for his remarkable character.

“Remembered him as a kind, compassionate and gentle soul, known for his beautifully warm and infectious smile.”

Canada had 18 victims. Pius Adesanmi, a Nigerian Professor with Carleton University in Ottawa Canada, was among the dead. Adesanmi, was heading for the African Union’s Economic, Social and Cultural Council meeting in Nairobi.

“Pius was a towering figure in African and post-colonial scholarship and his sudden loss is a tragedy,” Carleton’s president and Vice Chancellor, Benoit-Antoine Bacon said.

“Extremely nice and approachable.” Person who always defended his passion for the subject matter. Dick narrated.

Mohamed Hassan Ali lost his sister and niece in the plane crash. He says his sister together with her five-year-old daughter Sofia Faisal Abdulkadir were on board.

“She was a very nice person, very outgoing, very friendly. Had a lot of friends.”

He adds she lived in Edmonton and was on her trip to Kenya to pay her relatives a visit.

Gladys Kivia, lost her husband Derick Lwugi, in a plane crash, he served as an accountant with Calgary city.

He survives with three children including a 17-year-old, 19 and 20-year-old.

Kivia said they lived in Calgary for 12 years and her husband was on his way to Kenya to visit their parents.

Ethiopia had 9 victims including save the children staff. In a statement issued by this aid organisation, save the children, they said that Taminat Mule Demessie was a child protection in emergencies technical adviser.

“Worked tirelessly to ensure that the vulnerable children are safe during humanitarian crisis.”

China lost 8 people including five men and three women, one person from the semi-autonomous region of Hong Kong. And some where tourists and employees of Chinese and International companies, according to the china Embassy in Addis Ababa.

They further said the embassy is working closely with the Ethiopian Airlines and government in contacting families of the deceased. And also supporting their families in their travel to Ethiopia to identify their people by the Beijing Embassy.

Italy; 8 people lost their lives to the plane crash including Dieci, one of the founders of the International Committee for Development of People.

“The world of International Cooperation has lost one of its most brilliant advocates and Italian civil society has lost a precious point of reference,” a group which cooperates with UNICEF in northern Africa posted.

UNICEF Italia sent a tweet of condolences over Dieci’s death, noting that CISO, the group’s Italian acronym, was working closely with Kenya, Algeria, and Libya.

“Karim’s smile, his charming and generous personality, eternal positively, and his noble contribution to youth employment, diaspora engagement and Africa’s social-economic development will never be forgotten. Will keep you in our prayers,” Karim’s brother posted on his Facebook page.

Britain had 7 victims including Joanna Toole, 36 years of age from Exmouth, Devon. She was heading to Nairobi, Kenya to attend the UN Environment Assembly.

Her father Adrian described her as a “a very soft and loving woman. Work was not a job; it was her vocation.”

“Everybody was very proud of her and the work she did. We’re still in a state of shock. Joanna was genuine one of those people who never heard a bad word about.”

Another was Manuel Barange, director Food and Agricultural Organisation of the UN Fisheries and Aquaculture department.

Our hearts here at Flash Uganda media are with all those who are grieving.