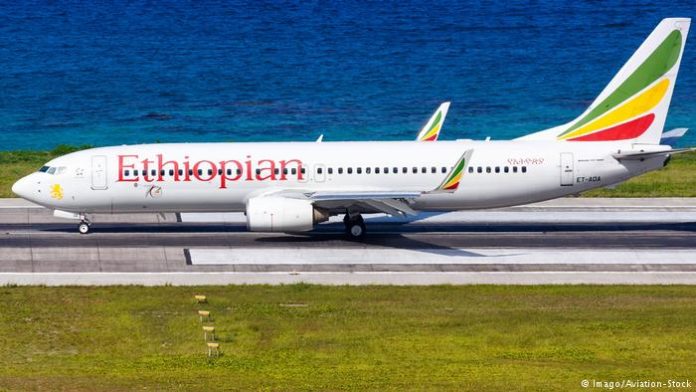 A boeing 737- 800 Aircraft ET302, a direct flight between the capital of countries in Africa neighbouring Ethiopia had 149 passengers plus eight crew aboard.

It took off from Addis Ababa heading to Nairobi-Kenya with 157 passengers on board. But 50 kilometres (31miles) into the journey south of the capital Addis Ababa around Bisoftu the plane crashed.

It was the second crash in five months involving a 737 Max 8, the newest version of the plane.

The plane was new. The weather condition was favourable. Yet the worst happened, and however much pilots tried their best to return to the airport, all attempts were unsuccessful.

This disaster is related to the last October plane crash in which a 737 Max 8 flown by Indonesia’s Lion Air crashed into the Java sea shortly after take-off, killing 189 passengers.

But safety experts warned against quickly drawing too many parallels between the two crashes.

An aviation safety Professor at Embry-Riddle Aeronautical University, William Waldock, said the incident is going to raise suspicion since the same plane version was seen crashing in similar way.

According to Waldock, Boeing has a huge task to critically look into the flight management system and automation on the Max.

However, he said it is still early, because more is yet to be established by investigators after their investigation is complete.

Former transportation safety Board Investigator Alan Diehi said the two plane crashes are related in the way the accident occurred and that’s shortly after take-off, including reports of huge variations in vertical speed during ascent with the Ethiopian jetliner.

Diehi listed many possible explanations that could have been the cause of the accident including engine problems, pilots’ error, weight lead, sabotage or bird strikes.

He adds Ethiopian Airlines has a good record, but investigations will critically analyse the jet maintenance record particularly. Because it could have been the reason basically in the Lion Air inquiry.

By contrast, CEO Ethiopian maintenance check-up found no problem before the Sunday flight.

“So, it’s hard to see any parallels with the Lion Air crash yet,” Harro Ranter, founder of the Aviation Safety Network that compiles information about accidents globally said.

“I do hope though that people will wait for the first results of the investigation instead of jumping to conclusions based on the very little facts that we know so far.”

However, Uhuru Kenyatta Kenya’s president yesterday in a tweet offered prayers to the family members and loved ones of those on the plane.