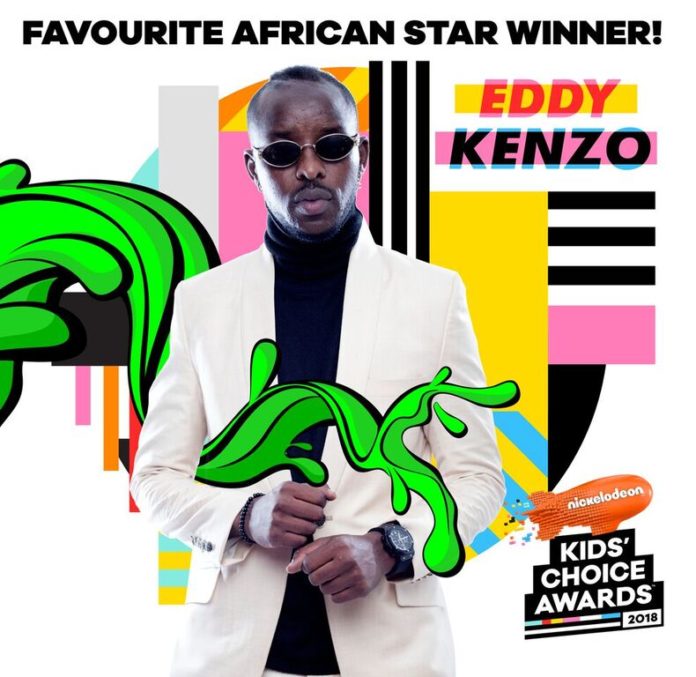 On 24th March Eddy Kenzo was declared winner of Nickelodeon Kid’s Choice awards at The Forum in Inglewood, Carlifonia USA beating his counterparts hands down and these included talented singers from Africa like Diamond Platinumz from Tanzania, Wizkid from Nigeria, Davido from Nigeria, comedian Emmanuella from Nigeria, Casper Nyovest who will be performing at the MTN Pulse show this week in Kampala, Cater Semenya and others.

Eddy Kenzo is one of the most underrated musicians both in Uganda and Africa but who has won several awards internationally including a BET award he won in 2015 and other several international awards with popular songs like Sitya loss, Jambole, The Heat, Jubilation, Mbilo mbilo, Terera just to mention a few of them. His award made Uganda and his fans worldwide proud and a very big blessing to Uganda as a whole and he should be recognized and celebrated for making his country shine.

Apart from being a Ugandan, Eddy Kenzo, real name Edirisa Musuza is well known for preaching and making Uganda his first priority by carrying the national flag to any of the stages he performs all over the world. The black, yelow and red flag is known to the world mostly because of Eddy Kenzo’s Sitya loss song which became popular in the world and possibly the most popular song to ever been produced in Uganda.

Eddy Kenzo may not be as talented as Jose Chameloene but his ability to understand the music game as a business, creativity, positivity and associating himself with experienced producers and managers has helped him to climb as many steps as possible from being a street kid to a world star. From Yannimba, the star released many hit songs and currently one of the big named singers in the country.

At Flash Uganda Media we celebrate you Eddy Kenzo for making the pearl of Africa proud and known all over. You have made history for all these years and please continue with the good spirit.