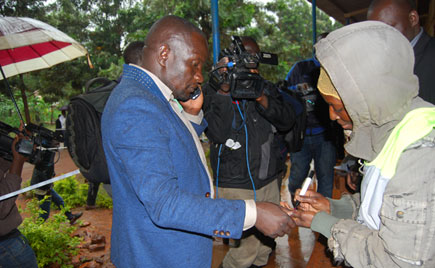 This week Jinja district elected Paul Mwiru their constituency MP. Jinja was flooded by a number of politicians from the ruling party (National Resistance Movement) and all other opposition parties plus independents to campaign for and seek for support for their candidates. These included President  Yoweri Kaguta Museveni and all other NRM officials who painted Jinja yellow while campaigning for NRM’s flag bearer Nabeta and opposition leaders led by Kizza Besigye, Mugisha Muntu, Ibrahim Ssemuju Nganda, and a musician turned Politician Robert Kyagulanyi ssentamu also known as Bobi wine who gathered to support FDC flag bearer Paul Mwiru who later yesterday at about 10pm was declared winner and member of Parliament for Jinja East constituency winning other seven candidates.

In a poorly attended election by Jinja east residents, Paul Mwiru emerged winner with 6654 votes winning Igeme Nabeta who managed to get 5043 votes and other candidates shared the rest of the 12103 votes and these included Isabirye Mugendi, Paul Mugaya, Monica Abuze Christine, Francis Wakabi, Faisal Mayemba. 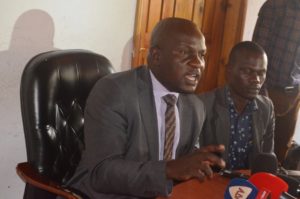 This election came after the court of appeal in Kampala disregarded and nullified Nabeta who had emerged winner in the February 2016 elections with claims that Igeme connived with electoral commission and malpractices. Now Paul Mwiru regained his seat as Jinja East Constituency MP with 56% total vote against other candidates.

It should be recalled that the two leading candidates also faced off in 2012 where Paul Mwiru thumped Nabeta again with 7758 votes to 6057 following the recent election where Mwiru appealed and won in court in 2011.

Uganda and South Korea Connect Under the Shincheonji Church of Jesus, to Save Lives Through Blood