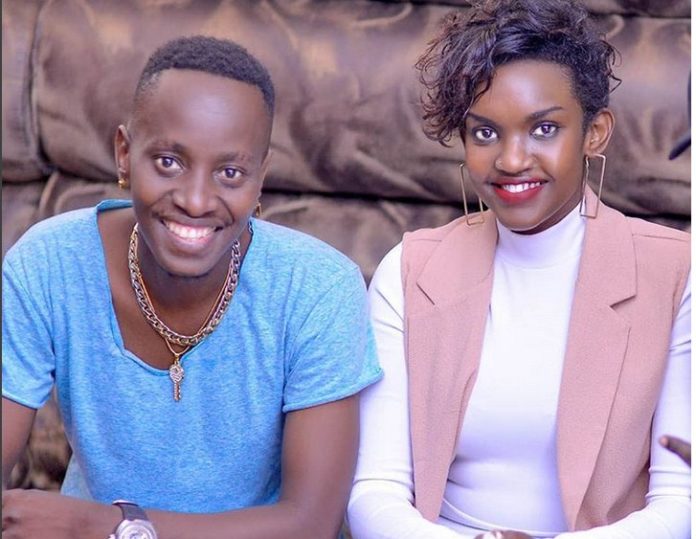 Ever since city MC and TV presenter Edwin Katamba alias MC Kats and on off girlfriend Fille Mutoni started dating, it has been a come and find me relationship where they choose to remain single and then get back. At the beginning of this year Kats confirmed that she had separated with his baby mama claiming she was too much drugs and booze and he therefore decided to give her space and jump to another relationship with another city babe.

Two days ago Fille came out and clarified that she is well and not using drugs as Kats claims.

Yesterday Fille Mutoni confirmed that she is no longer with MC Kats who also acts as her manager. She went on and revealed that she is ready to give him a second chance if he can change his ways.

Mc Kats and Fille were first reported to have broken up a couple of months ago, reportedly because of allegations of cheating on MC Kat’s side, and the singer confirmed the rumours while speaking to the media yesterday.

Fille said, “We no longer live under the same roof. I have not been understanding Kats for some time now. I have even been wondering whether Kats feels that I have now grown old and therefore I am no longer his type.”

“I have this feeling that Kats shouldn’t be the one doing all this to me, because he is the one who made me what I am today,” Fille told the press.

“We started working together when I was a teenager, when we became friends and he taught me many things.  His hard work made me fall in love with him.”

“And I am ready to give him a chance if he is willing to change his characters because he is the father of my kid and I respect him,” Fille Stated