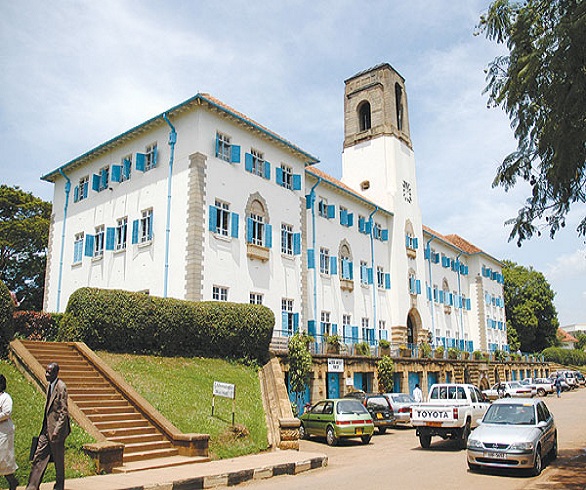 Last month the University’s Appointments Board dismissed 45 Makerere University staff over assault, failure to hand in students’ marks in time, absenteeism and disobedience.

Makerere university was established in 1922 and according to the sacked staff they say there has never been such kind of dismissing staff the way Mr. Bruce Kabasa’s regime has done.

“The appointment’s Board had never dismissed staff the way Mr. Bruce Kabasa’s appointments board did. On the 22 of December 2018, the university staff woke up to shocking news that 45 members of staff were dubiously dismissed, terminated or suspended,” part of the petition letter.

Still in the petition letter to parliament, “sacked staff included two Makerere Administrative Staff Association leaders suspended for acting on behalf of their members who have been suspended; and of 45 staff whom government had spent a lot of money on training to the level of Masters and PHD.

The affected members were subjected to a sham disciplinary procedure that culminated in their suspensions, termination or dismissal.”

The letter continues to read that; “The disciplinary procedures to which staff were subjected ignored provision of relevant laws, notably the constitution and the Uganda Public Service Standing Orders on handling of disciplinary cases.

Mr. James Ocita, a lecturer of literature, was terminated for misconduct and use of abusive language while Mr. Charles Niwagaba, an associate professor of civil and environmental engineering, his termination came as a result of failure to fulfil official duties allocated to him.

These fired Makerere University staff also seek legislators’ investigation into the alleged misuse of travel funds, manipulation of council, failure to respect court judgement and grabbing University land as well as an inquiry into the appointment of the University council members Mr. Kabasa and Thomas Tayeebwa which according to them was irregularly conducted.

Professor Barnabas Nawangwe the University’s Vice Chancellor stated that before firing the staff they observed the required guidelines. Adding that most of the fired staff were undisciplined and absented themselves from duty from duty.

Meanwhile, the fired staff said that they want Makerere University appointments made by the outgoing Appointments Board chaired by Mr. Kabasa revised and a forensic audit into the matter conducted.

The fired staff claim that the University appointments made under Mr. Kabasa leadership were based on favouritism.

“It has become a habit for the members of Makerere University management and council to appoint their relatives to positions on the University establishment.”

Adding that “some were appointed for one year without any advert running in the media and afterwards they run an internal advert just to regularize their appointments.”

Early last year Makerere University teaching staff appealed to the inspector general of government to carry out an investigation into the alleged irregular appointment of some staff members.