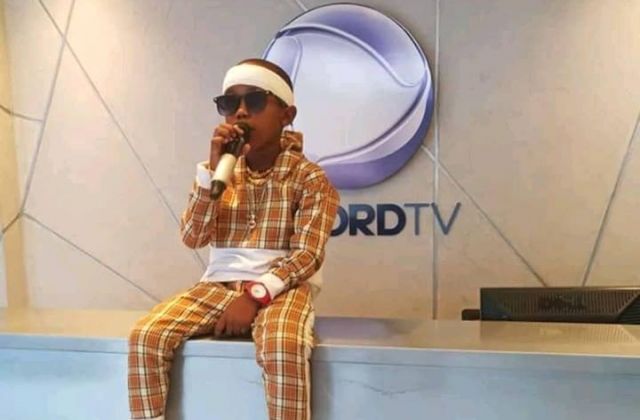 Currently in Ugandan Music industry everything is possible, a seven year old rapper can actually dominate the industry despite the existence of veteran and forty year old rappers like Navio, Baba Luku, and Gravity Omutujju among others.

Close to one month ago, a seven year old kid Fresh Kid emerged on the music when he was found in a bar in Luweero district by a one manager Francis who brought him to Kampala, the capital and started recording music. Fresh Kid who started miming songs like Kutama, My property by Fik Fameika(probably his role model) has grown up to record his own music including his hit songs Banteeka.

Slowly Fresh Boy was invited on different TV shows like NBS After 5, Uncut just to mention a few and later on started performing at different shows around Kampala including the famous Comedy Store hosted by comedian Aalex Muhangi who praised the kid for being confident and creative at the same time.

Now the latest from Fresh Kid’s management team The Texas indicates that there has developed misunderstanding between his managers over money issues.

The latest we have from his camp is that the kid has lost one of his manager’s, DJ Fik.

Fik has been managing Fresh Kid alongside a one Francis but word reaching us is that Fik and Francis have failed to connect and help the young man.

It is said that they have failed to agree on how to share money and who has an upper handle on Fresh Kid’s career.