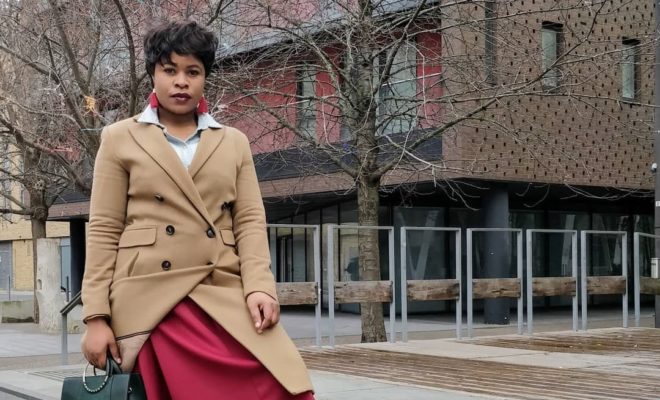 Fashion designer and founder of The Figure Bombshell Campaign that aims at uplifting plus size women to influence fashion trends Doreen Faith has officially released a statement regarding the campaign set to be launched in Uganda.

The Figure Bombshell is the official plus-size fashion week for Uganda. It is a movement and revolution which emerged in 2016 on social-media and now readying for its official public launch to pioneer a plus-size market for plus-size women in Uganda.

The modelling world and designers in the high-end fashion market particularly from the west (London, Paris, New York) think that clothes still look better on small models, who at times portray an unhealthy image. However, I disagree strongly with their perception because the average size for women is a size 16. This is a size of a relatively big, healthy and of a fuller-figured woman. As someone whose career is based in this industry and with a profound interest for fashion I felt compelled to create the ‘The Figure Bombshell’ campaign, states Doreen Faith, who is the creator of The Figure Bombshell, a campaign under her fashion house, Dare which is based online. Doreen Faith Namutebi is a UK based Fashion Designer and alumni of London College of Fashion, one of the most prestigious fashion institutions in the world. She holds a Bachelors of Arts Degree in Fashion Design & Marketing coupled together with invaluable experience in the UK fashion industry.

‘’I have observed that this problem is not just only in the western world where I live but here in Uganda too. Designers or fashion houses here are not using big women to model their clothes yet the typical African woman who would buy their clothes is a big woman. I am a curvy woman too, I have enough of everything; boobs, thighs and booty so therefore, it was natural for me to become an advocate for curvy and size plus women in Africa’’, says Doreen.

The Figure Bombshell campaign was originally scheduled to launch in December 2018 to the public however it was postponed to this year to attract more people.

The launch date, venue and time will be communicated to the public with due course and those interested can follow the movement on social media platforms under then username: ‘The Figure Bombshell on Facebook and Instagram as well as on Twitter under username: ‘PSFWUganda’.