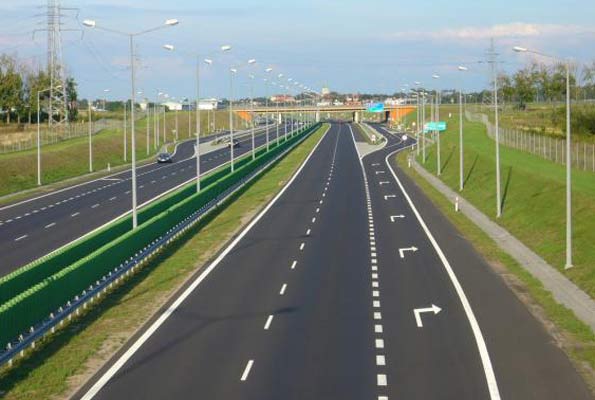 The current road reserve meters in Uganda are 15 which according to government have turned out to be a mess in case government thinks of road expansion in the country.

Gen. Katumba Wamala, the minister for transport and works has stated that, road reserve meters are to be increased from 15 to 40 meters indicating that the current 15 meters have always been challenging when it comes to compensation.

In 2017 expansion of road reserve was one of the proposals in the road Amendment bill where government wanted to nullify the archival Roads Act of 1949 and the 1969 Access to Road Act. And refine development, management and maintenance of public roads law.

Gen. Katumba earlier on this week while commissioning construction of a new tarmac road to be constructed in phases said the new 40m reserve on roads will only apply in places where new roads will be constructed.

Abu baker Technical Services took up the deal and are to begin with two kilometer costing 3.28b Shillings. Katumba said government is set to have Busabala Kibuye road constructed.

Adding that they are going to construct flyovers at 4 points of Kajansi- Munyonyo Spur towards this dusty road, saying that few years back a district chairman was beaten and dusted while on this road. And now they are going to address the issue of dust on this road, which created excitement to residents and users of this road.

He further observed that, all plans to have Busabala road tarmacked under the project plan of improving Munyonyo Spur that earlier on experienced killer spots are completed.

Thereafter he argued community leaders to hasten the process of community consent to offer land without compensation. However, Katumba noted that there is no immediate plan for Nakawuka- Kasanje-Kasubi-Mpigi road, arguing that he will not give then hope in disguise.

“Even the preliminary steps, designs are not yet. We will have to wait”, Katumba points out.

Government has also commenced the construction of another road named after the late Andrew Kassaga Zzimwe, stating that by the end of June 2019, it will be finalized.

However, Makindye Ssabagabo Municipal Engineer Geoffrey Ndiwalana Wakiso and Samuel Mwesigwa Wakiso District Engneer speaking to minister Katumba noted that, it was quite difficult to persuade the area residents to give away land at a zero cost.

He further said that residents gave us land free of charge simply because they knew they are to benefit most, he noted.

Meanwhile Mr. Gerald Lumbuye the Makindye Sabagabo Mayor observed that few politicians went around cautioning residents against offering their land to government for road construction. But minister Katumba argued residents to disregards them.