Members of Parliament were shocked following untimely cancellation of plenary sitting until Tuesday 9 July after they were informed that the government has no business for them to transact.

According to Legislators, this move will affect parliamentary performance including tax payer’s money.

“We kept on coming! Even today we’ve come. We are seeing the unseriousness of government, we don’t know what’s happening, we don’t even know whether the head of State when he is giving out assignments to Ministers, he evaluates them. Today MPs have come, to transact business, but we are seeing nothing,” Florence Namayanja MP Bukoto County East said.

“The fact that we were supposed to be having plenary sessions, though were are having Committee business moving on, it upon the government to give us business, so as members of parliament we are ready and that’s why we are here,” Lyandro Komakech, MP Gulu Municipality stated.

These legislators, however, asked the government to table the longer awaited Electoral Reforms immediately for them to get quality time to inspect the bill.

“Otherwise we can always see that this could be one of the processes of beginning to the ridge the process of 2021 elections. If you cannot bring reforms that have been directed by Court then that’s contempt of Court,” Komakech said.

Pentagon Kamusime, MP Butembo County (NRM) asked the government to consider the issue of Electoral Reforms as number one priority.

“We need that as number one! We are left with one year; we should have done this a year ago. This has not been done, why is it that today there’s nothing? So that means that where there’s smoke there is fire, Pentagon Kamusime, MP Butembo County (NRM) said.

At Parliament, both committees and plenary sittings are conducted between Tuesday and Thursday weekly, and the other days are given out to them to conduct their constituents’ business. 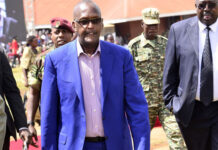 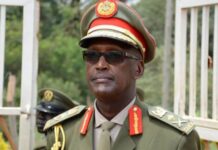 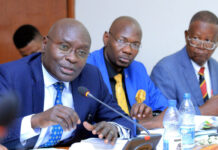