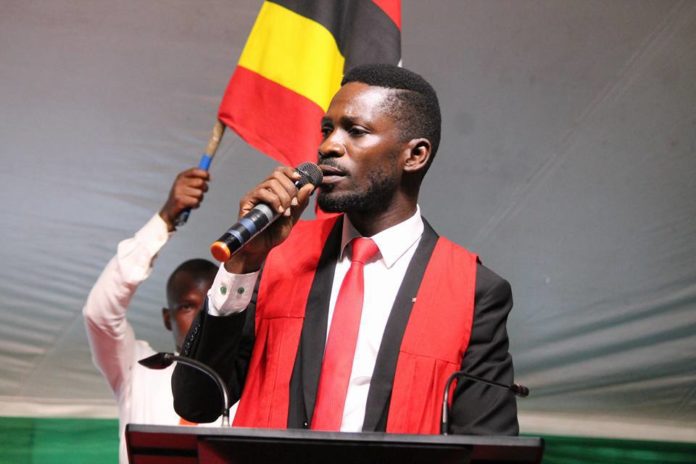 Kyadondo East Member of Parliament Robert Kyagulanyi aka Bobi Wine and 34 others were charged with treason over the violence ahead of the Arua Municipality by-election. However, the state prosecutor, Mr Julius Ochen, told court that they needed more time to gather more evidence against the accused.

In addition, Mr Asuman Basalirwa, one of the lawyers representing Bobi Wine and the rest, asked the state to present more evidence before court such as President Museveni’s car that was allegedly stoned during the Arua chaos.

Mr Basalirwa asked court to adjourn the case for three months to allow prosecution present enough evidence for the hearing of the case. He added that the accused persons travel from distant places to attend court, which not only inconveniences them but is also costs if the court makes short term adjournments.

“We seek your indulgence that the case be adjourned for three months because we are not sure whether the case will all be investigated. Three months are sufficient enough for state to carry investigation. After the three months, we believe they would have finished the investigation or will be able to present a relatively knowledgeable part of the matter,” Mr Basalirwa said.

The magistrate then granted their wishes and adjourned the case to December 3.

Present in court was Bobi Wine, Paul Mwiru, Kassiano Wadri, Mike Mabikke and several others. However, Ntungamo Municipality MP Gerald Karuhanga, Atiku Shaban, Gamba Tumusime and Abola Jane were not present in court but were represented by their sureties and lawyers.

The group’s charges accrue from the alleged stoning one of the cars in the presidential convoy on August 13 ahead of the Arua Municipality by-election.

Bobi Wine’s guard Edward Sebuufu alias Eddie Mutwe, and a machine operator, Musa Ssenyange are also part of the accused after they were on September 11 also arraigned before the same court and charged with treason.

They were remanded to Gulu Central Prison.

However, the magistrate refused to grant bail to Mutwe and Ssenyage. He instead ordered the prison authorities to grant them access to their lawyers.