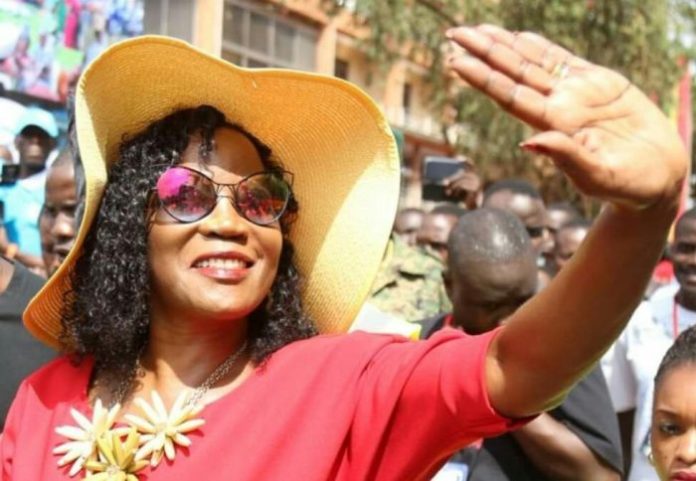 A month ago Kampala Capital City Authority (KCCA) Executive Director Jennifer Musisi Ssemakula announced her resignation from her office and promised to leave office by December this year over chaos that were surrounding her work at City Hall.

The outgoing KCCA Executive Director Jenifer Musisi who has served for over 7yrs yesterday, on Friday handed over office to Kampala Minister Mrs. Betty Olive Kamya the current minister of Kampala as she said fare well to KCCA staff and all Kampala people.

As for now the office remains vacant as the Authority wait for the president to appoint a new Executive Director.

Nevertheless, Betty Kamya minister for Kampala has offered her service to run the office until the president appoints another Executive Director.

Musisi submitted her resignation letter to President Yoweri Kaguta Museveni indicating that, she was to vacate office on the 15th of December 2018.

But the president hasn’t approved her resignation neither appointed her successor.

During her farewell and handover ceremony she stated that, she has left Kampala better than she found it, it looks better than before and if Ugandans handle it well it will look better than what I have left behind.

In her twitter post on Friday, Musisi urged all people entrusted with certain responsibilities to work hard and leave a legacy behind.

“When given an opportunity to make a difference, let your existence matter by leaving things better than you found them”, in her twitter post.

However, Ms Kamya who took over office in the meantime confirmed to KCCA staff that, Musisi’s departure does not leave any one’s job at stake there is nothing like that I know.

“I wish to assure everyone that KCCA operations have to progress normally. It not me who is going to carry out the operations. It’s the team Ms Musisi is leaving here”, Minister Kamya observed.

Kamya further stated that, she has been interacting with many managers at the KCCA and everyone is competent, for the two and half years she has served.

“Ms Musisi has left a strong team. The people of Kampala should be assured that service delivery, law and order in the city will be intact in accordance with KCCA Act”, Kamya explaining.

Besides, KCCA staff members appreciated Musisi’s leadership saying that, she has been a good leader; unsegregated loving and they will ever miss her.