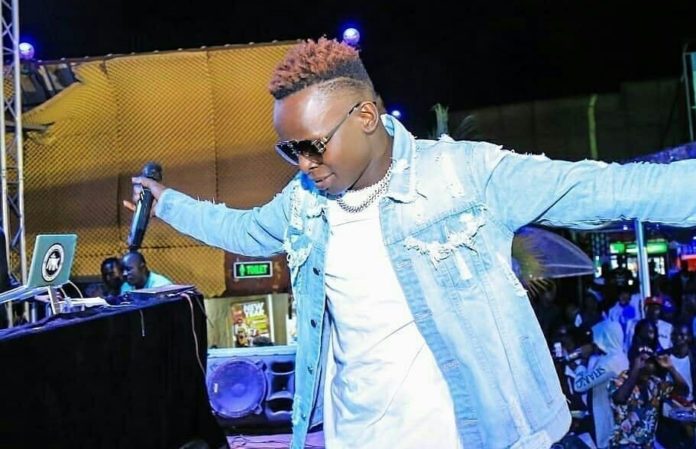 On Saturday, the hottest dancehall artiste in Uganda today John Kassadha aka John Blaq put up an energetic performance for his fans and left them yearning for more during Tusker Lite sponsored Nkozi Hill Party, in Nkozi.

Blaq performed all his catch and danceable songs like Obubadi, Tukwatagane, Romance, Sweet love, Makanika which left his fans praising him for a great show he staged

Donning a Tusker Lite hoodie, John Blaq pulled off an electrifying performance that left many of his fans yearning for more.

The Nkozi Hill Party is a ‘go out of town’ party that was started three years ago in a bid to bring together students from various universities to have fun, and interact. However, by its second year, the party proved to be an attraction for fun lovers beyond campusers.

Dubbed ‘The Reunion’, the party turned out to be the one place to meet new friends and also find lost comrades. John Blaq performed alongside DJ Crim, and DJ Benja among others.

John Blaq also over the weekend excited his fans at Wandegeya based institute YMCA and left his fans yearning for more during a party organized at the institute.