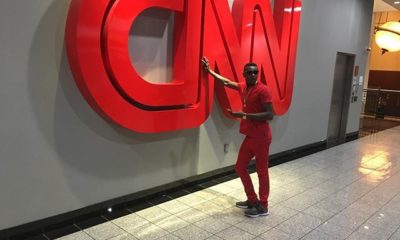 Undoubtedly Joseph Mayanja also known Jose Chameleon is the biggest and most celebrated Ugandan artiste with hundreds of hit songs registered to his name, he is an asset to several media platforms in the whole world like BBC, CNN, ALJAZEERA among others and to Ugandan celebrity world as a whole. And this week, the latest in Uganda celebrity news is that the Mateeka singer was seen and interviewed by CNN, a leading TV station in the whole planet earth. Just a few days after getting a new baby Xara Mayanja; again Chameleon was super excited to be hosted at CNN.

Like Jose Chameleon, several other artistes like Eddy Kenzo, DJ Shiru, Bobi wine have been hosted on high profiled TV stations talking about their music, Uganda celebrity news and Uganda the pearl of Africa as whole. 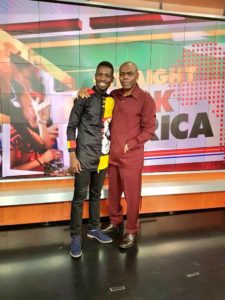 It should be recalled that Bobi wine recently after winning his Kyadondo East By-election race, was interviewed on Al Jazeera and talked about his life in the Ghetto and how he managed to win intellectuals to make it to the National Parliament. Again after rumors, that he will be standing as president of Uganda to challenge Mr. Yoweri Kaguta Museveni the current President, Hon Kyagulanyi was hosted by Shark Ssali a popular TV personality with roots in Uganda on Straight talk Africa at Voice of America.

Well dressed in all red, Chameleon talks about his music journey, current songs and videos and his Country Uganda. Chameleon recent projects include Mateeka and Champion songs which dominated airwaves in the past months. Congratulations Jose Chameleon and thank you for representing your country.