Speaker summons PM Rugunda over Bobi Wine – The speaker of Parliament, Rebecca Alitwala Kadaga, has ordered the Prime Minister Dr Ruhakana Rugunda to report to parliament and respond to questions as to why aspiring presidential candidates are denied a chance to consult with their supporters yet it is legal.

This comes few days after the Kyadondo East MP, Robert Kyagulanyi Ssentamu and the former Forum for Democratic Change president Dr Kizza Besigye were blocked from holding consultation meetings with their supporters.

Police called off their meetings insisting that they have to first seek permission from the police as the body in charge of security in the country before holding rallies.

The deputy police spokesperson, Polly Namaye on Monday said that Bobi Wine together with security agencies and the Electoral Commission held a meeting following the cancellation of his January meeting in which the legislator proposed a 10 point strategy to be followed but this was not submitted to the law enforcement body which prompted them to cancel the people power initiator’s meeting.

“These strategies have not been submitted to the police. On January 31 and February 18, 2020, the director operations wrote to remind Kyagulanyi to submit these proposals but this has not been done,” Namaye said at a presser on Monday.

However, Kadaga has ordered the Prime Minister to report to Parliament and authoritatively address the legislators on issues among others why the police keep deploying themselves anyhow to call off meetings even when the people spearheading insist they met all the requirements before organizing these gatherings.

Kadaga who was first to wonder whether the country will hold elections next year questioned why aspirants especially area MPs are stopped from organizing sittings in their particular constituencies.

“The Prime minister should come and authoritatively address this house. Are people allowed to hold meetings? Because it looks like the police are deploying themselves anyhow. This is not good for democracy,” she said.

“I am beginning to wonder whether we shall have elections, whether candidates will campaign if even sitting MPs cannot organize in their constituencies, really who issues these instructions.” Kadaga wondered.

Meanwhile, the Kira Municipality MP Ibrahim Ssemujju Nganda who was one of the few legislators who raised the complaint before parliament questioned why police would not allow an aspirant to organize a small meeting in a hotel or primary school.

“I have failed to understand; we have elections starting in April. I have a duty as an institution to look for 1.5 million candidates and you cannot allow me to have a smaller meeting in a hotel or a primary school. So what do we do with the elections to which you have issued a r 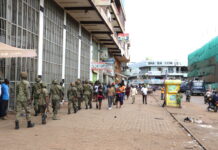 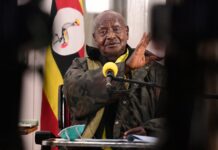 Museveni warns Bobi Wine, Amuriat on standing out of their open-roofed cars 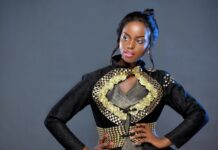