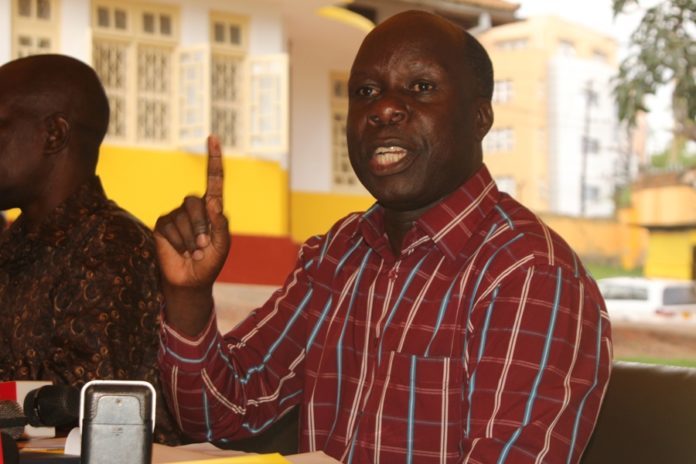 Last week NRM Secretary General Justine Kasule Lumumba released party road-map that will among others begin with mobilizing its members to go to NIRA and register for national IDs and will be summed up with choosing flag bears for every position in September next year.

Yesterday, Lumumba’s rival and NRM Electoral Commission chairperson Tanga Odoi that he did not neither get the notification about the release of the report nor authorized the release of this road map.

Odoi said, what was unveiled by the secretary general was a political road-map and it is just to entice the members of the party to make their contribution.

“I was at Makerere University trying to meet different stakeholders over the standoff and that is when I heard that the NRM road-map was being released. We have not seen the road-map as NRM electoral commission,” he said.

At the same time NRM’s Secretary General Lumumba Kasule insisted that the launch of the road map for the party was lawful and it will enable the party members to prepare for the 2021 general elections.

Mr. Tanga Odoi went on challenged Lumumba to avail the details of meetings that convened to come up with such decisions that was launched as a party road map.

It remains unclear whether Tanga Odoi will resist the launched roadmap and release his own or not.