Since the death of singer Mowzey Radio, access to his remains and grave was limited only to family members and those with close ties.

But now it’s time that the members of the family decided to open it to the public on 1 February 2020, all the necessary information about the late will be displayed on the walls, such as the awards he won, albums and photos, and the late singer’s music videos will be shown on the screen.

Access to the grave containing the remains of Mowzey will be given to tourists, fans and those interested in having memories of Mowzey’s entire life.

There will be a fee for visitors to pay to see the clothes he used to wear, music, awards, photos to help maintain the grave.

“For all this period we had not suggested an official day when the late’s fan s would come to glance at him. Now we resolved on 1st February 2020 is his anniversary. Before he died, he told us not to be sad but to rejoice. We had failed to do it before but now we are going to do

The family continues to ask for financial support to help them organize this day because they are financially down.

“We call upon Radio’s friends, workmates, artists and all companies to work with us. We call everyone who wants to see this grave to come, we have a lot we are going to show you on 1st February and we called this day Visit Radio,” says family.

On that note, the family asked all fans and friends to forward pictures taken with Mowzey Radio so that they could be shown in a slot in the Mausoleum and warn that this might be the biggest tourist attraction in Uganda.

“We want everyone who was a friend to Mowzey and took a selfie with the late; please forward them before 1st so that we put them in the pics slot. You either bring it or we shall give WhatsApp numbers where you’ll be sending them, “family. “We are simply seeing a grave but it wil

The grave of Mowzey Radio will also have most of his songs displayed on the tombstone including, Zuena, Nakutamani, Akalimu, Hellena, whistle song, she’s a five-star gal, Tononya, Hamidah, Gutamiza, Potential, Talk and Talk and Nyambura among others.

READ  Tamale Mirundi: Judith Babirye was cursed by her twin sister Nakato when she stole her man 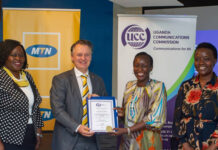 Charges Imposed in Taxi Parks Suspended for One Month- KCCA