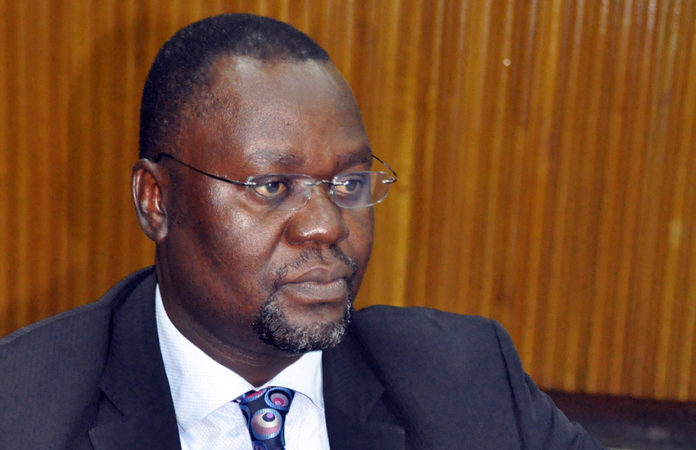 Last week speaker of parliament Rebecca Alitwala Kadaga wrote a letter to Betty Aol Ochan the leader of opposition, proposing extension of the tenure of Abdul Katuntu led committee investigating Bank of Uganda irregularities in the closure and sale of seven commercial banks.

And that extension of COSASE committee is most likely not to end, Ochan added.

“She however, continued to say that; “for someone to think he or she is the only person who can handle something, then it is unfortunate because we are mortal, and if you are not there, someone else has to continue with your work,” Ms Ochan stated.

In the speakers letter she desired the leader of opposition to extend the tenure of Mr. Abdul Katuntu COSASE chair and Ms. Anita Among his deputy for a period of one month to allow them finish up the inquiries of the closed banks by BoU.

“I have again written to the leader of opposition to support parliament work by postponing the changes on COSASE, they started something inter-generals audit on the first commercial banks in Uganda and am writing to the leader of opposition (LoP) to agree that we change those committees on the 20th of Feb. 2019 to allow them close their investigation because they have reached a critical stage and changing the leadership now may jeopardise effective completion of these inquiries,” speaker Kadaga’s letter to Ochan LoP.

Despite the fact that Ms. Kadaga made a kind request, FDC leaders instead responded in the opposite way persuading Ms. Ochan to reject Kadaga’s request.

However, COSASE members disregarded the claim describing it as “nonsense”.

Katuntu’s leadership expires on 13th of Jan. 2019 and according to Ms. Ochan the extension of this tenure will only undermine appointing authority’s resolutions.

Winnie Kizza Ochan’s predecessor argued Ms. Ochan LoP and all other members opposing Katuntu to reconsider their resolution and permit Katuntu file his final report on the inquiries regarding irregular closure and sale of 7 commercial banks by BoU.

She adds Katuntu’s leadership is doing a great job especially in the matters concerning BoU and given that, the extension period is short they should not be anxious.

Now the question is how will Muyagwa handle issues of this committee since he has not been attending the committee’s proceedings?