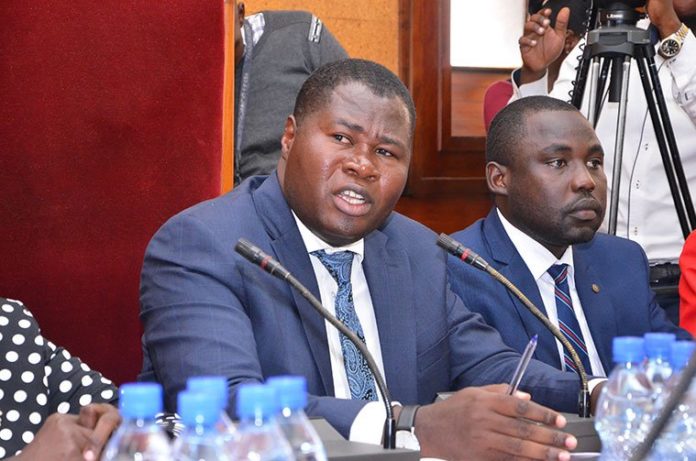 Most illegal evictions filed in the Uganda have been conducted by court bailiffs which have left many homeless and others have lost their properties in the process.

The parliamentary committee on legal and parliamentary affairs in an attempt to regulate the operation of court bailiff whose basic role is to maintain order and enforcement of court orders during court proceedings in the country, have positioned a recent provision in the security interests in the movable property bill 2018.

According to Jacob Oboth Oboth the committee chairperson said that the bill is set to be moved by parliament and it will assign the use of moveable properties as collateral for credit and perfection of security interests in the country.

He says they are designing proposals on the security and interests on movable property to ensure that, conduct of lending and borrowing money is regulated.

“To the effect that no court bailiff can execute just on demand notice and come without a court order and we are laying down the procedures for securing a court order and also making sure that the adequate notice is given to the person,” Oboth Oboth stated.

He added that the management process of the judiciary bill 2018 that will render more powers to the chief justice has been concluded.

Oboth Oboth further revealed that the retirement packages of judges are to be defined.

“The chief justice had many minimal powers in the matters of administration of judiciary. He would in fact only look on, on whether the judicial service commission has disciplined; their disciplinary measures and their administrative measures. He could not influence the transfer; he was just like an officer whose appointment is recommended through the judicial service commission.” Oboth observed.

Likewise, he said that they are going to strengthen independence of the judiciary from the ministry of justice and constitutional affairs in the new bill to be tabled before parliament.

The bill will regulate court bailiff’s qualifications and the term of executing a court order.

“We wanted the quid pro quo relationship to be regulated by law not just guess work otherwise people would lose their properties in the house, work but also the businessmen shouldn’t lose their money,” Oboth Oboth asserted.