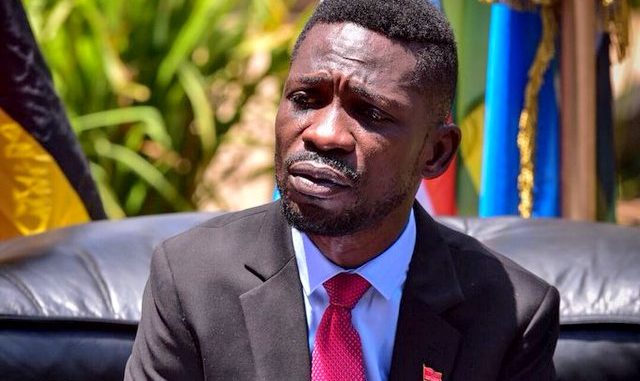 Last week police deployed heavily to block Bobi Wine from singing at a show arranged in Jinja and also at Queen’s palace in Jinja were many of his fans were arrested on the 16th of Dec.

The blockage of related events has prompted youth across the country to send a message to government expressing their views on the repeated cancellation of Bobi Wine’s shows.

Yesterday the 28th of Dec. 2018 youth in Jinja lighted up fire in the middle of the roads at Bugembe trading centre along Jinja – Iganga highway expressing their discontentment with police actions. The action by the youth stilled traffic flows on this high way causing traffic congestion.

They burnt car tyres, logs but were later dispersed by armed police officers as they fired teargas.

One of the lead protestors Epaphras Kibugudhom said Bobi Wine has a right like any other person to exercise his profession.

“If MPs who are lawyers, doctors are doing their work what about Bobi Wine who is a musician? If president Museveni goes to Rwakitura every weekend to his farm, what about musician who sings songs which mobilise people not to be violent while fighting for their rights?” he questioned.

Demonstrations started in Kamwokya a Kampala suburb and also in Katwe but were later interrupted by police as they fired teargas to disperse the angry crowds.