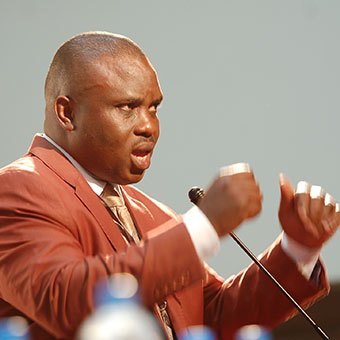 In an attempt to decongest the city Kampala Capital City Authority, plans to streamline public transport and maintenance of public roads which the city lord Mayor says is in its advanced stages.

According to Lukwago, the process of organising Kampala City needs funding to accomplish building of the proposed markets, which he says government should provide.

Especially the piled pieces of land meant for market construction to address the problem of non-gazetted markets and street vendors.

“The management and administrative big issues within these markets, how many more, new markets have we lined up for construction?

So, that’s what I have addressed to members of parliament to ensure that the Central government provides for the required funds, for the construction of these markets. We want to have markets constructed.”

City lord Mayor Erias Lukwago says for them to streamline the industry well, they are going to enforce laws governing the industry.

Which is surrounded by congestion and noise pollution.

“It’s a night mare driving along Kampala roads and for all road users, it’s a problem reigning from motorists, cyclists, pedestrians and all other road users it’s a nightmare. So, we must have a proper plan, we are soon unveiling it, the multimodal transport plan for Kampala.”

“And that will contain so many things including enacting numbery of ordinances which were blind up this financial year, to regulate matatu’s, to regulate boda bodas and we also want also to emphasise none motorized transport,” Lukwago added.

Lukwago says lack of un regulated movement, parking of vehicles and motorcycles is a result of absent laws regulating the industry. Which he says needs urgent action before it worsens.

“As we do it, we don’t want to occasion too much disruption on the flow of traffic and also for the matatu operators. We are trying to work on the mechanism that will minimise disruption of their operations, because it’s a big challenge on how we can strive the balance of that.”

Various attempts have been made and failed and now this remains a challenge whether this time it will stand.