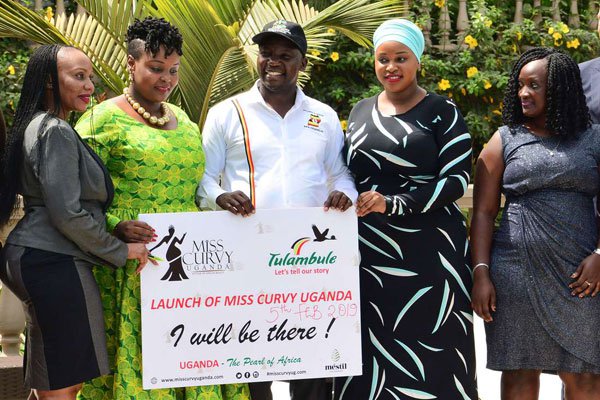 “My intention is to bring everyone to discuss tourism. Everyone is now discussing tourism. Ugandans have never been involved in discussing tourism as they are today. When you look at international companies, they use women to sell their products and I don’t think that is a bad thing, unless you misuse it.”

In an interview on next radio, Kiwanda says using girls in his tourism projects is to attract the attention of the tourists. Kiwanda has been using beauty queen socialites like Zari Hassan, followed by Quiin Abenakyo and currently Anita Fabiola in his attempt to boost Tourism which has raised public concern.

Kiwanda insists that he will continue using women in his tourism projects until it’s talked about by every person in this country.

“The industry lacked the vibe that you are now seeing,”

Adding that it’s not different from other pageants being held.

“It’s the story behind the curves. We are selling a story and not just the woman. You can’t talk about the country without talking about its people. It does not mean we are selling people. When you look at all the beauty pageant they have no difference with miss curvy. When you criticise miss curvy, it should be the same way you should do to other beauty pageants.”

Minister Kiwanda was also asked to explain the logic behind the photos which went viral showing him with Fabiola in the ‘Tulambule’ project. But he said some of the photos were a result of Photoshop, noting that he was not admiring Fabiola’s curvy looks as indicated.

“There’s this photo showing me looking up to admire Fabiola. It was Photoshop. I didn’t go zip lining because I could not manage it. When you observe the photo, you can see it has a white line in the middle to show it was Photoshop.”

Kiwanda in a question directed to him on how his wife takes it, after seeing him with these beauties his answer was his wife understands his job outline.

“My wife Veronica understands my job. We have been together for 20 years and me as a minister I understand that I have done nothing wrong.”

Kiwanda is expected to address parliament on matters concerning miss curvy project, which he says has been mistaken by Ugandans.

“I will issue a statement on floor of parliament, I think I will give it time to clarify on this. Because that’s what I believe in.”

This followed an attack by Minister of Ethics and integrity Sam Lokodo accusing him of promoting immorality.