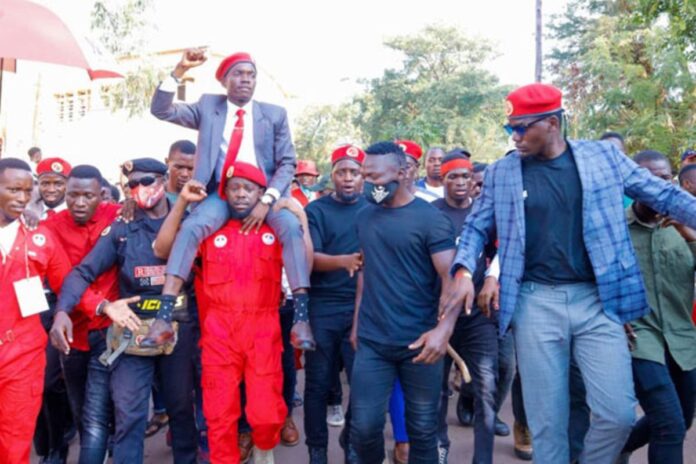 During the final rally for the guild elections, Batungura Bewotti 27, a law student at Uganda Christian University Kampala Campus and resident of Kikoni Zone B, Makerere 3 Parish Kawempe Division in Kampala, was murdered.

The territorial Police at Kampala Metropolitan North are investigating the circumstances under which Batungura Bewotti 27, a student of law at Uganda Christian University Kampala Campus and resident of Kikoni Zone B, Makerere 3 Parish Kawempe Division in Kampala was murdered during the final rally for the guild elections.

According to Luke Owoyesigyire the deputy police spokesperson, the incident took place on Thursday at around 7 pm during the last guild Presidential open campaigns at rugby grounds Makerere University.

“It is alleged that during the campaigns a scuffle ensued between two Political party supporters that resulted in the stabbing of the deceased by students who were allegedly led by Hon. Kabuye Frank among others.”

Owoyesigyire said the police were informed and upon reaching the scene they found blood stains believed to be for the deceased inside Nsibirwa Hall where he had rushed to after the scuffle that led to his stabbing.

He, however, noted that three people have been arrested including Frank Kabuye, Allan Ssekidde and Muzafaru Kabuurwa. He said these are currently detained at different stations as investigations into the matter continue.

“Efforts are underway to have other suspects traced. Meanwhile, it is also alleged that the fight was between the NUP and FDC Political factions. The NUP team led by Kabuye Frank turned violent after a disagreement, leading to the stabbing.”

He, however, noted that the body of the deceased has since been conveyed to city mortuary Mulago for postmortem.

“We picked the body from Makerere hospital where he succumbed to the wound and took it for postmortem at Mulago.

In addition, he said the area has been cordoned off and statements and CCTV is being retrieved to help out in the investigations.

“We have cordoned off the area, statements are still being recorded and CCTV footages will be retrieved to aid in the ongoing investigations. More details will be availed as soon as they are available,” he added.