Matthijs De Ligt, the 19-year-old highly-rated defender has agreed on a five-year contract with the Italian giants, Juventus.

Juventus have beaten Barcelona, PSG and Manchester United to the signing of Matthijs de Ligt from Ajax Amsterdam in €75m (£67.8m) deal.

De Ligt has been involved in a tug of war between Manchester United, Barcelona, Paris Saint-Germain and Juventus for most of the summer but the player has opted to join the Turin club in a deal that could see the teenager scoop himself a potential weekly salary of €460,000 (£416,000) if all the add-ons are achieved.

De Ligt arrivals is a huge statement for Juventus, who signed Cristiano Ronaldo for €100m last summer. During the past few years, the club has adopted a transfer strategy that involves big-money signings as well as picking up players on free transfers.

This summer alone, Juventus have signed De Ligt, Luca Pellegrini from Roma for £20m, Cristian Romero from Genoa for £23.3m and Merih Demiral from Sassuolo for £16.1m, while Adrien Rabiot, Gianluigi Buffon and Aaron Ramsey have arrived as free agents.

With all these numerous additions to their squad, it remains to be seen how they will perform in the upcoming champions league campaign.

Juventus were knocked out of last year’s champions league quarter-final stage after losing to Ajax on aggregate scores. 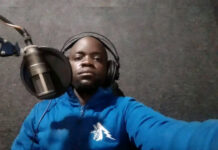