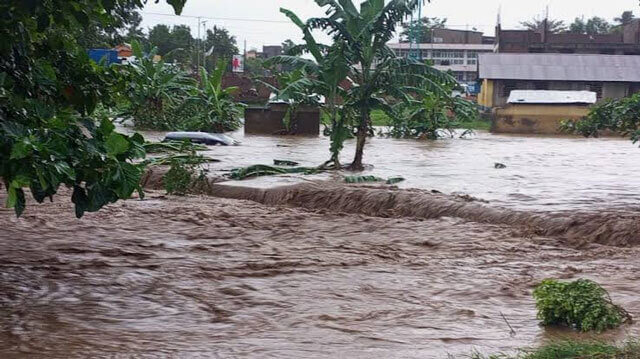 Museveni has said that those who have persistently degraded the environment in Mbale are responsible for the current floods.

Yoweri Kaguta Museveni, the Ugandan President, has said the current floods in Mbale are the result of people who persistently continue to degrade the environment.

As of today, close to 30 people have been reported dead following flash floods which originated from Mt. Elgon and its prominent slope, the Wanale Hill in Mbale.

The floods coupled with mudslides caused extensive damage to food and cash crops, permanent and semi-permanent houses were also broken, while others were submerged.

Speaking about the situation, President Museveni said it is very unfortunate that many Ugandans are now dying as a result of some people who continue to destroy and encroach on nature including invading wetlands.

“Condolences to the families of our people that died in the floods of Mbale and parts of the Sebei region. All Ugandans are saddened by this loss. Quick recovery for the injured as God will hear our prayers,” Museveni said in a statement via his social media handle.

He said the situation is an example of what dangers the country should expect from persistent behaviour.

“This loss, highlights, once again, the dangers inherent in environmental degradation by cutting forests, invading wetlands, cultivating on river banks, throwing polythene bags in drainage channels, thereby blocking the free flow of water, settling in flood plains of rivers etc. Why should Ugandans die needlessly and also destroy our environment?,” he questioned.

He however said the government has already finalised plans to send relief items and also aid all those individuals that were displaced by the floods.

The president also said the cabinet next week will issue directives on all issues surrounding degradation that must be followed this time without hesitation.

In addition, he warned leaders who encouraged locals to encroach on these areas that they will be answerable to God for the death of innocent citizens.

“Leaders who mislead people and encourage them to go against the environmental plan should know that they are answerable to God for the death of these innocent Ugandans. The Government is sending relief to the displaced. May God rest the souls of the departed in eternal peace,” he added.

Meanwhile, speaking earlier on, Prime Minister Rt Hon Robinah Nabbanja said the government through the ministry of Disaster Preparedness, under the office of the Prime Minister, has provided relief food to the tune of 90 metric tons to Mbale City, Kapchorwa and Mbale district.

How to Use Jumia Mobile App: A Guide for Users in Uganda