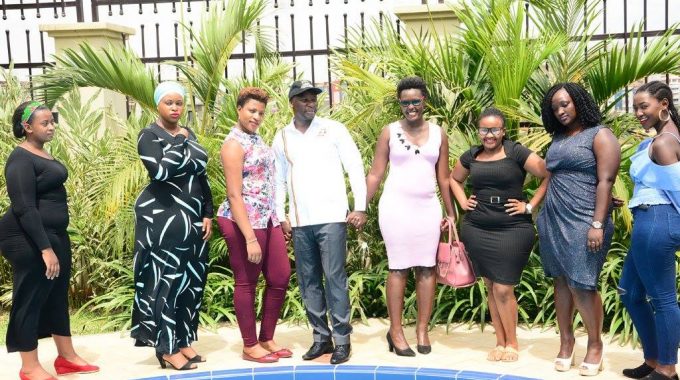 A section of legislators under the Parliamentary Forum for Children is demanding for an apology from Godfrey Kiwanda Ssuubi the State Minister for Tourism on what they termed as “demeaning the status of women”.

The MPs were responding to Kiwanda’s strategy of using curvy women as Tourism objects.

“You see a Munyankole woman the way those curves they have a story. There’s a story behind that. In our dance when we dance, when you see us spreading our hands the way we spread them.” Kiwanda’s statement during the launch.”

“What Hon Kiwanda is trying to promote, you may call it curvy, something but it’s ‘sex Tourism’. Hon Kiwanda has come out to promote ‘sex tourism’ in our country. And we cannot sit and watch when we are degenerating. What he is promoting he is dehumanizing women in Uganda our sisters and brothers,” Hon Gaffa Mbwatekamwa of Kasambya County stated.

“Women with Big bums with hips, is he going to put them in a cage such that whoever is going to see them will come and view.”

While Bernard Atiku chairperson of the Parliamentary Forum for Children said Kiwanda’s project is discriminative and immoral.

“Actually, this particular one segregates and that is not acceptable by our Constitution. To begin saying that we organise a contest for a particular table of people who are shaped in a particular way is its self-unconstitutional. It’s already vulgar.”

The legislators now want Kiwanda to apologise to Ugandans before they move a censor motion against him and also announce cancellation of his newly launched Miss Curvy project. Setting Tuesday 12th as the deadline adding that his statement was dehumanizing Uganda women.

“This was something that was not well thought out and it’s unwelcomed, it’s unconstitutional, segregative and it’s immoral,” Atiku said.

While Hon Mbwatekamwa said that “Hon Kiwanda, deserves actually we say; you must! we are not demanding for an apology. You must apologise for what you have done.”

Briefing journalists at parliament Mbwatekamwa proceeded to say that Kiwanda is trying to promote his curve product shop in the city centre.

“We’ve already got unreliable sources of which I am yet to confirm. That Hon Kiwanda one of the reasons why he could begin promoting sex tourism of the curvy ladies is that he has a shop in Kikuubo which is found of selling products of the curvy hips, products of bums.”

“We condemn in the strongest term, the move by the Hon Minister of State for Tourism to use the daughters of Uganda and mothers of this nation, as objects of Tourism attraction with due respect.”