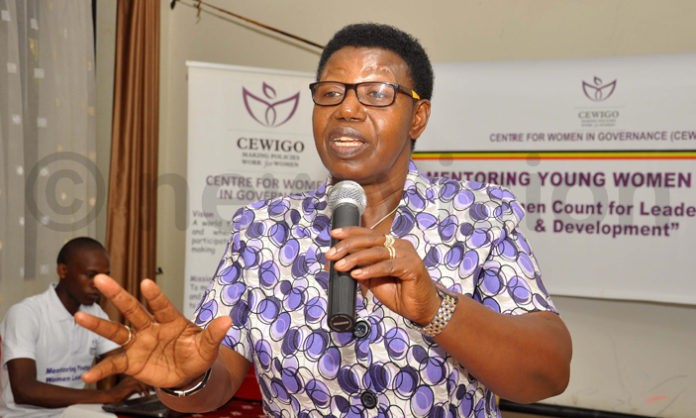 Miria Matembe says the unit headed by Lt. Col Edith Nakalema under the office of the president is aimed at dropping opposition parties.

In addition, Matembe said that president Museveni is self-centred, greedy and described the new unit headed by as hopeless, nonsense and useless strategy.

Continuing she stated that; these corrupt officials are the one’s sustaining Museveni on the throne and therefore by any means he protects them.

Relatedly, Rev. Paul Wasswa in a sermon he delivered on the new year service at All saints Cathedral Nakasero in Kampala urged all Ugandans to keep trusting God as they pray if at all they want to achieve their greatest goals because no one has knowledge on what will happen tomorrow.

Also Rt. Rev. Hannington Mutebi Assistant Bishop of Kampala Diocese urged leaders to correct their minds towards corruption stating that corruption is an attitude and it begins in the mind.

“Sin of Corruption is in our hearts and we know. Let us all commit ourselves starting with us leaders.”

In Dec. 2018 Museveni launched a new Anti-Corruption unit to handle issues of corruption amidst the commemoration of the international Anti-Corruption day held at Kololo Air strip.

This launch followed the wake of Corruption allegations against many government officials in the country.