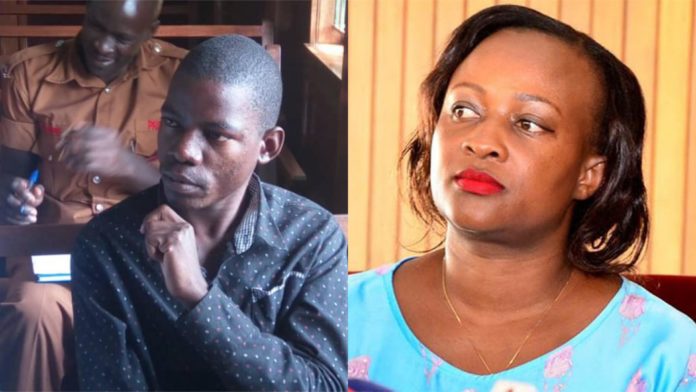 KAMPALA– After spending a week in prison for failing to raise a cash bond of Shs1 million that was granted to him, Isiko Brian, a college student who is battling charges of sending love messages to Kabarole district woman MP Sylvia Rwaboogo has finally been released pending the hearing of his case in the latest Uganda news.

The 25-year-old has been let out of prison today after paying the one million shillings court asked him to deposit as bail.

While in prison, Isiko missed his end of year exams at YMCA-Jinja branch where he was admitted at the beginning of this year for a certificate in Accountancy.

His mother Racheal Nakamya has appreciated all the financial support extended to her family since June 2018 when her son was first charged before Buganda Road court and sentenced to a 2-year imprisonment term; a punishment that was set aside by the High court due to procedural errors.

Isiko is now expected to return before Buganda Road Court grade one magistrate Stellah Amabilis on October 29, 2018, to face his complainant Rwaboogo and other witnesses that court has issued summons to.

According to Rwaboogo, the love messages that Isiko sent which were Lyrics he borrowed from songs and poems of International artists like Don Williams and Enrique Iglesias were obscene, rude and disturbed her peace, hence dragging Isiko to court.