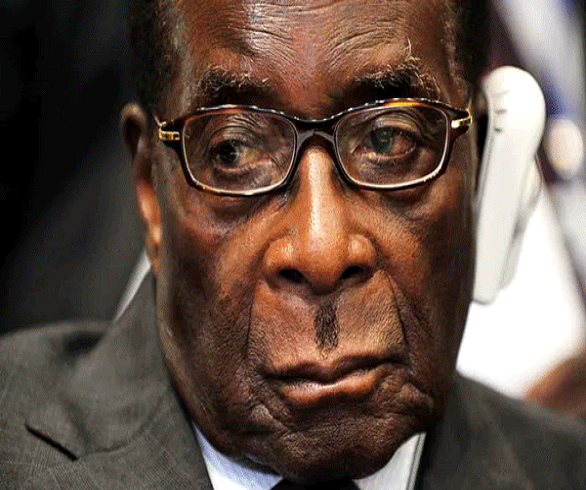 A suitcase containing $150.000 was suspected to be taken away by Mugabe’s relative Constancia Mugabe aged 50 and other two persons.

The 3 accused persons appeared before Chinhoyi Magistrate court on Wednesday for a mention of the case as per the state media reports.

He allowed the other employees including cleaners to access the house at the time of the incidence after December 1st 2018.

The three suspected thieves are seen spending the stolen money on posh cars, houses and setting up animal farms.

Teveraishe Zinyemba the state prosecutor disclosed these thieves’ accumulated wealth out of the alleged stolen money before the court.

While Saymore Nhetekwa also bought a house and livestock which included pigs and cattle for undisclosed amount.”

The chief prosecution witness in the case was named as “manager of the charity foundation” run by Mugabe’s wife Grace.

They were bailed out and expected to reappear in court on 24th January 2019 but one suspect is still at large.

In Zimbabwe US dollars are prized in crisis hit where account holders are forced to queue for hours outside banks attempting to withdraw their savings.

And withdrawals are restricted to a stated amount of money which are distributed in local ‘bond notes’ which are lesser than the actual equivalence to the dollar though they claim it equals.

President Emmerson Mnangagwa his successor earlier on stated that the 94 year old Mugabe was in Singapore attending to his health which was declining making him weak and unable to walk by himself.

Mugabe, during his 37 years reign as Zimbabwe’s president, his regime was characterised with brutal repression of dissent, economic collapse and state of corruption.

Robert Mugabe was born in 1924 the 21st of February in Kutama Southern Rhodesia current Zimbabwe.

In 1980 he became the first prime minister of the new Zimbabwe after British rule ended. Seven year later he became the president of the Republic of Zimbabwe.

Ever since then Mugabe ruled Zimbabwe through controversial elections until November 2017 when he was forced to resign at the age of 93.