Jenifer Bamuturaki has been appointed as the new substantive Chief Executive Officer of Uganda Airlines by President Yoweri Museveni.

In a statement announcing the new appointment, Gen Katumba Wamala the Transport Minister said Bamuturaki comes with a lot of experience including 20 years as a marketer.

“Reference is made to a letter Ref. No. PO/28 dated April, 24, 2022 from H.E the President of the Republic of Uganda in respect of subject matter above ()copy attached for ease of reference). The purpose of this letter is to bring the directive to your attention for implication,” Gen Katumba confirmed the appointment in a letter dated July 5, 2022.

Uganda Airlines came to the stage officially in 2019 to start operating commercial flights but since then, the company has been under the management of three acting CEOs including Ephraim Bagenda, Cornwell Muleya and Bamuturaki.

Bamuturaki was fired at the end of her six-month probation back in March 2020 over many notable allegations including hiring a media and PR firm, Abbavator Ltd where she had direct interests, to manage the PR and communications for the airline and subsequently over-invoicing the airline by over $232,000.

According to an article by The Observer newspaper, she was also accused as then second in command of approving payments of over $404,000 yet the actual cost was $172,000.

She was also accused of failing to eventually comply with contractual obligations by not paying several media houses and eventually engaging in negative publicity against Uganda Airlines, whose image it was meant to protect according to the observer.

She somehow skirted around the allegations and bounced back at the airline in May 2021 as acting CEO, replacing Muleya who is currently battling charges related to disobedience of lawful orders when he refused to avail himself to answer questions from the IGG in relation to investigations into the mismanagement of the national carrier during the period when he was the CEO of the airline.

Bamuturaki now substantive CEO is a marketer with over 20 years of experience and has previously served as the Commercial Manager for the national carrier but had been forced out of the airline after completing her probation.

Bamuturaki has worked in the aviation and hospitality sectors for ten years including as the commercial director at Uganda Airlines.

She also worked previously at Air Uganda and other start-up airlines and hotels.

In February this year, she was, however, appointed the acting CEO of the airline a position she has been holding since. 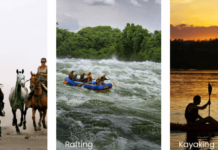 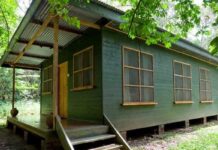