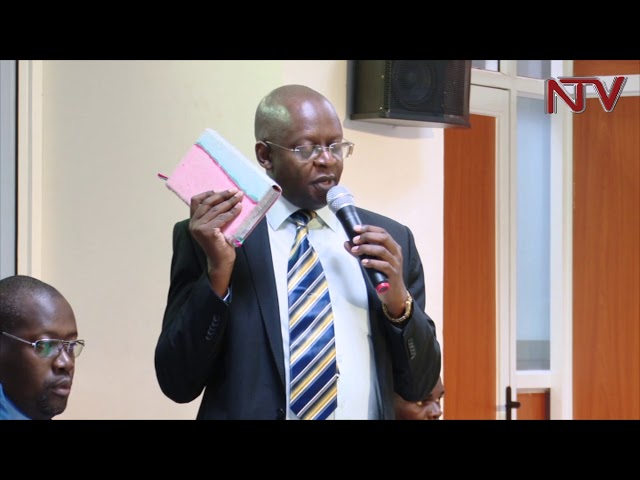 This followed last week’s complaints by Prince Wasajja to the Land Commission accusing Kiwanuka of stealing his father’s land, Sir Edward Mutesa after he was forced into exile in Britain.

But Ambassador Maurice Kagimu Kiwanuka dismissed Prince Wasajja’s claims while defending his father, in regard to the disputed land.

“Prince Wasajja said that father stole the land, this was a very unfortunate statement and through Madam chair, I appeal to Prince Wasajja not to make such reckless statements. This was a very bad statement, father was known to be a man of high integrity, of un questionable integrity, he lost the election in 1961, because he refused to compromise. You know, Obote told Mengo that you know for me I will do what you want, father refused. And Mengo opted of course Obote and Amin killed him because he refused to tell lies. So, by saying that he stole land, this is a very unfortunate statement,” Kagimu’s defence file for his father Kiwanuka.

According to Kagimu Sir Edward Muteesa’s Sister Victoria Mpologoma sold the 600-acres of land on Mutungo hill at 90,000shs, in 1968. And after the sale Mpologoma proceeded to London where Muteesa the then bona fide lived at a time.

“He bought the land, nobody refused it, nobody. So, Nalinya Mpoloma was still alive, she kept quiet and the Ssekabaka Muteesa also kept quiet. Nobody said anything,” Kagimu’s explanation to the commission.

Kagimu further asked Wasajja to draw out his statement arguing that its damaging his Royal status.

“It was a very false statement; I have a prayer that Prince withdraws that statement. Because he is a Prince, people respect his word, I think he shouldn’t misuse it. My father is a very important person of high integrity, people were strong, you know, that he was a thief?” Kagimu questioned. The disputed 600-acres of land on Mutungo hill harbours government ministries and offices that includes: Ministry of defence headquarters, CMI, ISO as well as locals.