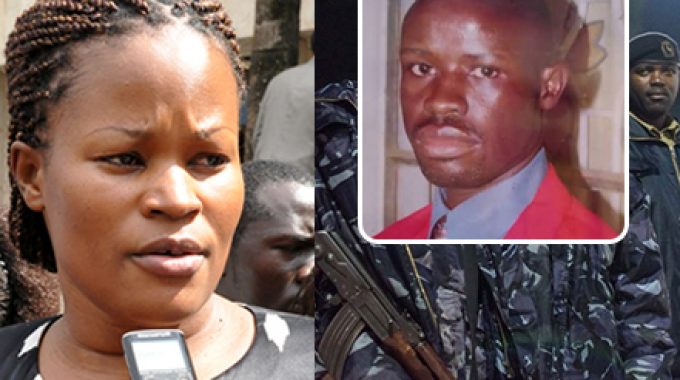 Fred Enanga, police spokesperson, in a weekly media briefing held every Monday made updates on the new findings on the investigation surrounding Sebulime’s murder case. According to police, failure of Nantaba to turn up and record a statement regarding the incident greatly affected their investigation process.

“Of course, we are being hindered by the fact that she has not yet volunteered to report and record a statement with the police. She acknowledged receipt of our invitation, to report last Friday for a statement which would help us see how to expand investigations in the threats that claimed Ssebulime’s life.”

“And the contents were self-explanatory which required police also to seek further guidance and clarification through our line Minister for Internal Affairs. So, we are waiting for the communication from the Minister of State for Internal Affairs, regarding the communication which came from the Honourable that she was not able to attend and record a statement with the Directorate of Criminal Investigations. So, that puts a hold in that case file of hers where she’s a complainant, because it’s out of her statement that we should have gotten base ground,” Enanga added.

In legal terms, lawyer Aaron Kizza says the mention of the president’s name in this case by Nantaba, is hiding her legally as far as investigations are concerned.

“Still we would have problematic legal foundation because this is an investigation and the person who’s legally obligated and mandated to direct police on what to do and how these investigations is the DPP the Director of Public Prosecution not the president who is mandated to follow the law and execution of his function. The president cannot run the country arbitrary, he should follow the law because his power flows from the law.”

Kizza, continued to say that Nantaba, is more likely to black mail investigations.

“It’s not a command situation, this is an investigation that we are talking about, and even in any event if there are commands that we are giving out, we give them to forces, Nantaba is not part of those forces. Nantaba is claiming the president has told her we don’t know how? Whether it’s office power, whether it’s a text message she just looks like somebody who’s lying and trying to lean on her perceived connection to the president.”

Concerns have been raised from the public regarding the eye witness earlier reports of a phone conversation, between police and an identified person instructing change of orders that eventually left Ssebulime dead, after a gun shot by the police officer.

But the question is why are they not being mentioned in the ongoing inquires.

“We are waiting the response from Airtel Uganda. We made our request for phone data records, we got the one for MTN now we are waiting the one for Airtel. So that we can do a good analysis to find out if at all there was any communication before and after this incident happening,” Enanga clarified.

Kizza later on said that: “The police were deliberately slow on this matter and conscious and it’s out of character because had it been an opposition figure say the lord mayor, Bobi Wine, Besigye or any other opposition leading person, they would have been very swift in their action, in arresting, interrogating and so on and so forth and they would have been very far.”

Now the question remains will Ronald Ssebulime’s ever find justice in this case?