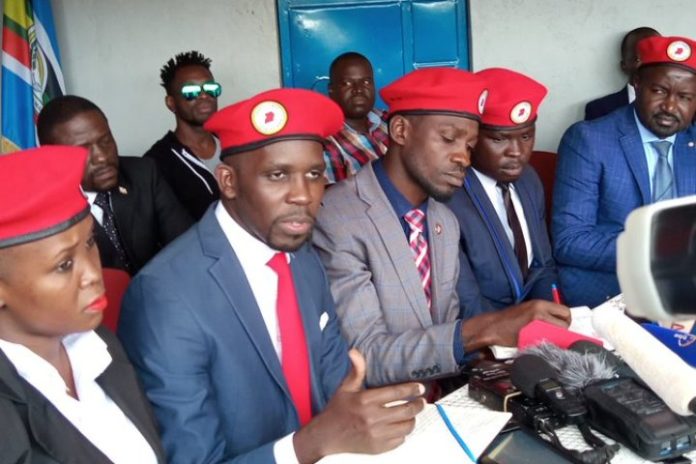 Joel Ssenyonyi, the People Power spokesperson and Betty Nanbooze spokesperson People’s Government, said that after an earlier agreement by the two camps, the fresh talks will help strengthen their relationship as they move forward to oust president Museveni.

“People ask us will you have a joint candidate and all these things, this is stuff we are talking about, but most importantly we first engage and for starters make sure that there’s no tension,” Ssenyonyi said.

“The two principles are committed to creating harmony and stronger working relationship among various forces of change,” Nambooze said.

The two parties are represented by six (6) member delegates in a closed-door negotiation that kicked off already.

In the 2016 general elections, joint candidature failed. Now the two groups say these early negotiations will earn them result in 2021.

“So we keep meeting as teams to keep bonding, such that when time comes and we say that is it time for us to get a joint presidential candidate, is it possible for us to have joint candidates for MP level, local council and so on, it becomes easier to answer that question when you are discussing with a brother,” Ssenyonyi said.

“That’s basically what we are trying to achieve, mobilising the people, to have a people-driven revolution for this country. Not a revolution that’s based on leaders,” Nambooze stated.

Henry Kashasha, a political analyst said the move is hurried, stating that first thing they would do is to lay down strategies before pushing for joint candidature.

The People Power and the People’s Government Pressure groups, said they are working hard to engage other political parties that includes Democratic Party (DP), JEEMA and Uganda People’s Congress (UPC) for a united opposition in Uganda.